Wifi Signal Extenders or Mesh Networks, Which is Best To Ban Blindspots and Increase Speeds? 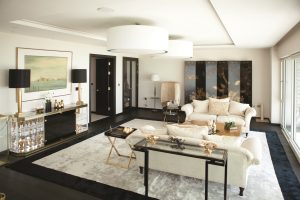 Smart Home systems are the tech revolution the world seems to have been waiting for since the invention of science fiction, maybe even longer. The ability to simply ask a robot to carry out all of the mundane tasks, to have everything controlled from a simple device, and to be able to see and do things from anywhere we like was always on the cards, because we could see people doing it on Star Trek, and we knew that one day science reality would catch up with science fiction.

But with so many things the surface is glossy and works perfectly, but underneath there is a whole raft of issues which need dealing with before your tech can work properly. And one of the main considerations for people looking for whole-home connectivity is signal strength.

Clearly, in order to work effectively, the Connected Home needs to be connected. In the past if there was a spot where signal was weak then we just wouldn’t try to connect to the internet from that room. Today however, with Smart Home devices being what they are, it’s not reasonable for anyone who’s interested in making their home Smart to simply write off a room, the garden or an outbuilding because of poor wifi signal.

The first thing anyone with weak wifi coverage over distance or in areas where signal is interrupted by obstacles is to invest in wireless extenders. These are simple devices which connect to your existing router and help boost signal in the areas of your home which wouldn’t otherwise receive the signal. As a first fix for weak wifi they are great, you simply place them in an area where you don’t get very strong signal and your problem is solved.

But there are drawbacks. Because they only repeat the signal which is available from your router it’s not possible to add more extenders the more connected devices you invest in. Maybe that’s not an issue today, but as Smart Connected devices become ubiquitous there could be no end of gadgets, TVs, speakers, lights, heating controls, CCTV and burglar alarms all crying out for strong, stable signal, and simple extenders just won’t be able to deliver.

If that sounds like you, either today or in the future, then you’ll be looking for a better, more efficient long-term solution. Step up Mesh Networks!

Mesh networks work rather differently from extenders which simply duplicate the signal they receive from your wifi router. Mesh devices actually boost the signal, having a compound effect on one another, so the more you have the stronger the network becomes. This means that if your family are all at home on a Saturday afternoon they can be playing online games, streaming Netflix, using the internet for homework, watching the game, listening to music and watching on demand TV and your wifi will be able to cope with the load via a mesh. You can add several mesh devices (called satellites) throughout the home and as you invest in more Smart devices you have no need to worry that they will start to fail, stall or not be usable when you have lots of people at home all trying to get all the data they can at the same time.

Get Strong Wifi Outdoors Too

Finally, for people who entertain in the garden, or work from a home office in the garden, or you need wifi in a workshop which is separate from your home and you need to extend your internet connection wirelessly over a long distance then a wifi point to point (PtP) is a must have. Point to Point wifi avoids having to have cable connecting your house to outbuildings, instead you simply have a transmitter attached to your home router aimed at the far structure. Because the signal is beamed directly to the location where it’s needed most there is virtually no loss in signal strength, even over far distances, which means that not only is there excellent reception in the outbuilding, there should be enough wifi signal between the home and remote location to run connected digital devices.

Getting excellent wifi reception in outbuildings is about more than just being able to surf the internet or stream media as you hang out by the pool. If you’re in business for yourself and need to carry out research, or market your business then reliable internet is a given. Not only that, but if your workshop is to be secured using wifi burglar alarms and CCTV security systems then strong wifi is a necessity. The same holds true if you use your sheds or outbuildings to store valuable sports, work, or leisure equipment. It was reported in February that an average of 60 sheds a day, every day, are targeted by thieves looking for bikes, lawnmowers, powertools, and even ladders which they could then use to break into the house.

So, we see that whatever we want to do in the future, a strong, reliable wifi signal will be at the heart of it. So, to futureproof against CCTV and burglar alarms which don’t work, TV pictures which freeze, glitch and sound which drops out get your wifi routers, extenders, mesh network solutions and PtP internet transmitters fitted by Briant Communications.