Why Is Turning On Smart Lights So Frustrating? 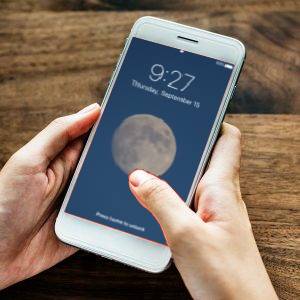 Accessing your Smart Home environmental controls via your phone is handy. It’s the easiest way to control your lighting, heating, air conditioning, even answering the door. So why is it so difficult to take master these controls without having to unlock your phone?

It’s not the worst of all First World Problems, but it does create a frustrating delay when what we all want is immediacy and the instant satisfaction that we get from flipping a switch.

Smart Home integration is supposed to be quick and convenient, but if you have to unlock your phone every time you want to dim the lights, it’s a bit of a faff. Other functions don’t require your phone to be unlocked. Want to snap a fast photo? You can do that without unlocking. Need to pay at a shop counter? No need to unlock there either when you’re using ApplePay (providing it’s less than a set amount). But when you want to adjust the lights, or put the heating on you have to fumble around unlocking the phone, going to the app and sliding the toggle.

What’s more frustrating is that even when the phone is locked, the apps are still visible. So your instinct is to just tap it to open it, only to have to unlock it and tap it again. Alternatively, depending on your mobile device, you’ll open the app, change the lighting, and THEN find that you do in fact still need to unlock your phone. So what was intended to be a quick and easy solution to the problem of getting up and adjusting the lights via the switch by the door now involves waking the phone up, entering your PIN, having your fingerprint or face recognised, going to the app, opening it, waiting for your Smart Home apps to update, and then sliding the toggle to the desired luminosity.

It’s not much better if you are trying to use voice controls either. If your’e using the Google Assistant on your mobile you’re going to have the same issues unlocking it manually before you can tell it verbally that you just want to save yourself a trip over to the switch!

Naturally there is a reason, that being security. It makes perfect sense that you wouldn’t be able to control many Smart Home devices without first providing your personal verification. If your phone was lost or stollen you wouldn’t want just anyone to be able to use it to access your Smart Doorbell or Smart Security Cameras, or to disable your Smart burglar alarms, but why is that level of security used to protect something as mundane, yet frequently used as turning on or off a light?

We Love Smart Home Security, But Sometimes Too Much Is Simply An Inconvenience

Security concerns clearly don’t apply to all Smart Home devices, but there is no option to turn security off for lighting, or negate the need to unlock your phone before you can use it, meaning that your lightbulb is as secure as your intruder alarms. Which is great, I guess, since getting access to lights which haven’t been properly secured is one way that hackers have successfully used to gain access to Smart Home environments in the past. But those hacks also involved the householder and manufacturer being lax in applying basic security protocols. One would hope that anyone going deep enough into the settings to disable phone security for lighting would also be aware enough of the potential risks to ensure that all their Smart Home gadgets were properly secured with new names and unguessable passwords.

The simple solution would be to allow different levels of security for different types of Smart Home device. Security settings which would restrict certain actions for some devices and not for others. It seems obvious: there are some tools which need to be impervious to outside interference, such as your home security array, while others do need to identify that the user is, but if they’re using the lighting or heating app on a phone which is inside the house, it can be reasonably assumed that no real harm can be done.

Briant Communications are a well established Smart Home Automation company based in Worthing. As well as installing a wide range of Smart Home environmental controls and security devices, we also install and maintain television aerials and satellite dishes, so if you want to bring any aspect of your home security or home entertainment into the 21st century, we’re the company you can trust! Call us on 01273 465377 or send us an email at enquiries@briantcomms.com