Briant CommunicationsBlogDo It YourselfMesh Networks, What Are They and Are They Worth It?
27th February 2019 25th February 2019 By Dan Cash Do It Yourself • General Information • Home Entertainment • Tips and Tricks • WiFi blind spot • fibre • mesh network • poor coverage • superfast fibre 0 Comments 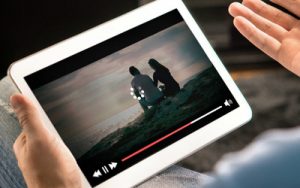 Broadband service providers such as BT are tackling the problem with their superfast fibre broadband and discs, circular routers which can be placed about the home in poor signal areas in order to boost coverage so that all of your connected devices work perfectly. Several mesh network WiFi providers offer small, discreet additional points which act as routers and then there’s Powerline, a set of routers which plug into the power supply and extend the WiFi reach in whichever room they are located in.

BT’s Whole Home fibre broadband promises a 25% increase in internet speeds and offers one disk which will boost the signal from the router as standard, but will also provide two additional discs if needed. The package they offer comes with an introductory offer price of £39.99 per month, but if it doesn’t work for you they are offering £20 compensation and cancellation of the contract, so you’re not paying for speeds that you’re not receiving.

Increased speed and coverage is becoming ever more important to us because of the huge amounts of data we consume without even thinking about it. Ten years ago each household would have an average of three connected devices, that would be your laptops and a phone if you were an early adopter of Smart Phones. Today however, the average is ten connected devices in each household and that is only set to increase as we find more and more ways to make life easier and simpler using home automation.

When there were only a couple of connected devices in each home, slow WiFi speeds and slow coverage were just inconveniences that had to be put up with. However, with so many devices such as CCTV, access control and intercoms, fire, smoke and gas detectors all needing reliable, uninterrupted connection dependable WiFi isn’t just something to be hoped for, it’s something many consumers demand as standard.

BT’s Whole Home uses superfast fibre and Virgin Media are currently testing the fastest fibre ever as they experiment with 8Gbps. However, they don’t have any plans to make this standard, they’re just seeing if it’s even possible to deliver this kind of speed, even in the perfect environment.

However, the idea of increasing your coverage with additional boosters and routers to form a mesh network isn’t a new one. Indeed there are several ways you can increase your WiFi coverage without necessarily signing up to contracts which are three times as much as the basic fee offered by some of BTs competitors. Additional routers and repeaters are available to buy online from a number of suppliers and they’re quick and simple to add to your current WiFi router’s network. So you can wirelessly increase the coverage of your home if you’re happy with the overall speed and volume of data you’re currently getting, but you just have a few blind spots which need fixing.

Connecting any new routers or repeaters is generally straightforward and handled via an app you will have to download. Each manufacturer’s process is different, but generally you’ll simply have to plug each additional router into your main router via an ethernet cable, assign the unit a name for networking purposes, and place it in a location where it is best suited to extend the range of your WiFi coverage. Powerline units are even easier, you simply plug the adaptor into your router via an ethernet cable and plug in the extender near to the place where you get poor coverage (provided it’s on the same circuit as the adaptor).

And if you still have an old WiFi router which has been outmoded or replaced when you’ve changed suppliers or improved your network hardware you can easily find a new use for it as a WiFi range extender. You simply need to plug it into one of the available network ports you’ll find in the back of the box. The only inconvenience here is that you will need to keep the two routers connected by wire meaning that if your problem is that your main router’s signal is interrupted by solid walls or floors it will be necessary to decide of you’re going to run a cable all around the house or drill through walls or floors. But bearing in mind that the addition of a reliable, consistent service will make your home network of connected devices run more smoothly, add value to your home, and the fact that we routinely drill holes in walls for other utilities such as satellite dishes or TV aerials then one or two holes more or less won’t be awfully concerning.

Once you have your mesh network set up, whether you go with an out of the box solution, or you buy separates, that you add to your current home network, you should find that all of your connected devices work more smoothly and quickly without dropping out or buffering. That reliability will also give you the confidence to go ahead and invest in more IoT connected devices, so you can now take full advantage of the ease and efficiency that automation, voice and remote control bring to the connected home.