We Know Alexa, But What About Google Assistant? 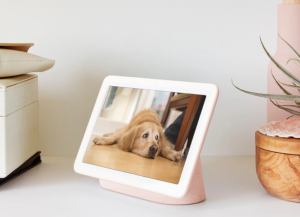 Everyone seems to be talking about Alexa when it comes to Smart Home Assistants as hers is the name that everyone seems to call when asking for help around the house or for answering questions. Perhaps this is because Alexa is more closely associated with home assistance while those of us who remember are more likely to associate saying “OK Google” with voice activated phone searches. If you Google “does anyone still use Siri?” (the iPhone’s progenitor to voice activated assistants) you’ll find that the novelty wore off almost instantly and by 2016 approximately 2% of iPhone users still asked her to do her tricks.

So while Alexa is on everyone’s lips Google is still producing a range of Smart Home Automation devices which are geared toward efficiency and security. You’ll probably have seen in the news recently that Nest devices won’t work with Google’s Home System from this summer onwards. That is an over-reaction, all Nest home security and environmental controls will still work perfectly, however, you will have to connect your Nest goods via the Google Home app rather than the Nest app which it ships with. You certainly won’t be left high and dry if you’re a Nest customer.

What Should You Look Out For?

Google produce a smart speaker and a smart display. The smart display is a device which looks much like a tablet which lets you control the apps that you have in charge of all your Smart devices with a swipe of your finger or a word from your lips. You can also use it to make calls to other connected devices, set alerts, ask it questions just like you can with the smart speaker. The smart speaker doesn’t have the touch controls, but produces far superior sound when you ask it to play from your Google Play list, Spotify, or any other audio account you have. If you have Chromecast you can also use it to find movies on your media accounts and play them on your TV while the speaker adds a third audio channel. If you have more than one Google smart speaker you can use them to play music throughout the house, make announcements or have conversations with specific speakers in other rooms. While the Google Smart Speaker can play music, and does it well, it was primarily intended as a physical vehicle for Google Assistant, the voice activated home-internet interface.

Why Does Your Smart Home Assistant Record Your Conversations?

While any smart assistant such as Echo, HomePod, Siri, Alexa or Google is always listening it doesn’t keep recordings until you say its trigger word. These recordings are then used to improve the quality of service consumers receive and, apparently, are anonymised before being sent off to transcribers who use the recorded data to identify idiosyncrasies, speech styles and regional accents.

Not all of the recorded conversations you have with Google will be sent to Google HQ and it’s possible to delete them if you’re concerned about home or data security. It is possible to turn off recording entirely with Google devices as the technology will still work, so if you’d rather there was no record at all of private conversations you have at home, a little admin of your own should keep you safe.

Your Google smart speaker can be trained to recognise up to six individual voices, meaning that when mum says “what’s on my agenda for today?” she won’t inadvertently be given anyone else’s programme of events. Similarly, when dad asks for his favourite music he won’t get a range of the kids’ favourite tunes, unless that’s what he’s in to! As well as knowing your preferences, it can adapt its responses to suit who it’s speaking to, and offer personalised answers too. In fact you can have it use different voices for each family member so you know it’s talking to you when it uses your chosen voice.

Another feature that Google Assistant offers is a ‘continued conversation’ facility. This means that the interface is intelligent enough to understand that you’re still talking about the same thing if you respond within 8 seconds. So if for example you say “OK Google, what’s the weather like outside?” if you reply to the answer with “and what about tomorrow?” it’ll know that you want tomorrow’s weather forecast. Say “Thank you” and you’ll prep Google for a new unrelated question. If you don’t want it to remember what you say at all, simply don’t enable the feature.

Shopping Can Be Shocking!

It’s possible to shop using Google Assistant, however, if you’re a compulsive late-night shopper this isn’t recommended! It’s very convenient to be able to just ask for things and the next day they’re delivered, but it’s been found that it’s easy to fool home-use level voice recognition security, and that Smart Home Assistants can recognise speeded up speech and voices hidden in white noise, meaning that it can be relatively easy to make purchases online via a Smart Device when you’re not who you purport to be, even if the real person is in fact in the same room when it happens. Then there’s drunk shopping. If you search for, find an buy random novelties when you’re unsupervised late on Friday night, think how much worse you’ll be if you don’t even have to sit at your computer!

As well as giving single commands and asking follow-up questions Google Assistant also allows you to make routines and create If This Then That sequences where devices work in concert following a single command. You can add elements such as coffee makers, lights, music, and heating controls any time you like, and make adjustments too. Take your wake-up routine for example. If you prefer the lights to come on slowly you can give that instruction, or if you prefer to be woken up with bright lights and fresh coffee simply set up a routine.

Shortcuts and routines let you take care of other tasks around the house. A goodnight routine would take care of turning out all the lights, putting all of your TVs, radios, and other devices to sleep while turning on all of your security measures and locking the doors.

To talk about all your Smart Home Solution options get in touch with Briant Communications via our Contact Us page or call on 012730 465377 and arrange an appointment for one of our experts to give you a no obligation consultation and estimate.