The Revolution Was Television 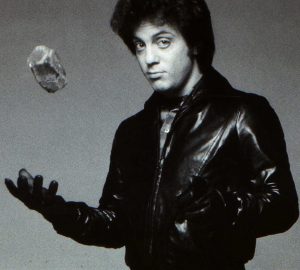 In Billy Joel’s seminal hit We Didn’t Start The Fire the singer/songwriter chronologically lists the major events since his birth which have shaped the world today. In between Studebaker and North Korea he mentions “Television” without any clarification or context, but since television was invented in the thirties, and colour television wasn’t available until the sixties, what does he mean putting it here?

Possibly he means that television entered his life between Nixon and the Korean war, as it may have been when the Joel family finally got their first television set, or it could mean that television finally became the universal means of mass communication during this era, finally superseding radio as the medium through which most people received information about world as well as local events.

And Television Was The Revolution

The impact of television can’t be overestimated. In broad strokes it was a revolution in the corner of the living room. As well as reporting on the world via the daily news, television itself made news. The first interracial kiss on a weekly US TV show with mass appeal, between Captain Kirk and Lieutenant Uhura on Star Trek in 1968 scandalised Americans who cared to be scandalised about that kind of thing. In Britain we weren’t so scandalised about our own first interracial kiss on a soap opera, which appeared on Emergency Ward 10 in 1964. Interracial marriage had never been illegal in the UK as it was in the states, but homosexuality was. Being gay and acting upon those feelings was decriminalised in the 1960s, but being out was, and in many cases is still taboo. It was under this same taboo that East Enders and Brookside filmed the first gay and lesbian kisses respectively in the 1980s & 90s, scenes which caused the to tabloids believe events happening on screen were foreshadowing the sky falling in on our heads, despite these things happening behind closed doors for many many years prior to broadcast. No doubt many angry letters were written and and hot words spoken by a vanishingly small portion of the population who didn’t see accepting normalising these relationships as fundamentally a good thing.

The television sets Joel was singing about would have been cathode ray tubes, usually 14 to 17 inches wide, the largest commercially available screens were 21 inches, but the tube depth that was required to make these TVs work, and the price so prohibitive that they wouldn’t have had any place in the average home.

Television, Furniture Or The Future?

Thanks to several factors, including cinematic portrayals, class consciousness and urban myths, the way people behaved around their TV sets during this era, and into the 80s. Television had always been something of a mysterious thing of the future. Science fiction had TVs which you could use to communicate over distance in the way that we’ve only just realised via the internet using Skype, Zoom and Meet. In Nineteen Eighty Four the Telescreen was always on, delivering Big Brother’s pronouncements and propaganda while consecutively spying on people in their homes. When people first started to have TVs in their homes it was customary in many households to cover the screen with a table cloth while it wasn’t being watched so that nobody could see in.

The TV of the time was a large, heavy glass vacuum tube with delicate valves circuitry. It needed to be housed in a piece of furniture which was robust enough to protect it, and the fingers of children and inquisitive adults from it. It was hard to move in the first place, and there are legends that people thought that plugging it in only made it heavier as there were warnings on safety labels attached to the back of the set not to attempt to move it while it was still plugged in.

Turning On The TV Felt Like The Start Of An Event

A popular option for these large wooden television sets was to disguise them as dressers or chests of drawers while they were not in use. Not only did this give the pretence that the family wasn’t entertained by anything as mass market as TV programmes, it had the effect of ‘unveiling’ the screen when it was about to be used in much the same way as the curtains reveal the screen or stage at a cinema or theatre.

Class perception played as big a role in programming as it did in behaviour around the TV, but, unexpectedly, not in viewing. It was thought that people would only be interested in watching things which appealed specifically to the presumed interests of their class. Upper middle class viewers would watch ballet, opera, the arts, high brow drama and educational entertainment while people from the working class would only be interested in Kitchen Sink drama, soap opera, comedies and pop music. Naturally, the presumption was wrong, and people of all classes decided by themselves what they wanted to watch, and it was found that anyone from any class would watch a melange of programming, so long as it was good.

In some cases ‘good’ drama was so good that it could bring about societal change. When Cathy Come Home, directed by Ken Loach, was broadcast in 1966 it brought to the attention of the viewing public the crushing desperation of poverty and homelessness. Less than a week after it was aired the homeless charity Shelter was established because people who’d been unaware of, or chose to overlook the reality of poverty among their fellows had it thrust before them as ‘entertainment’ during the Wednesday Play.

It’s Radio, Only With Pictures

Although television is a visual medium it owes its parentage to radio, not cinema. Long before every home had a TV they would have had a radio which, as Lord Reith demanded “Educated, informed, and entertained”. Many people who wrote for the radio later moved on to writing comedies and drama for TV, and often took their shows with them. On the BBC this is a tradition which continues today: many comedies (and to a lesser extent, but not insignificantly, dramas) which we avidly watch now first aired on radio. One of the strangest of these transfers was Educating Archie. Peter Brough was a ventriloquist who appeared on radio with his doll Archie Andrews. Brough would take Archie with him to recordings, despite the shows having no visual content whatever, stranger still when you realise that Brough wasn’t particularly good at throwing his voice anyway. The radio show had as many as 15,000,000 listeners, but once it relocated to TV the show lasted a year before finally coming to an end at Christmas in 1959, with Brough moving aside to allow finer ‘Professors’ with a greater love of showbiz to fill the space he left behind.

A Babysitter In The Corner Of Every Living Room

The fact that this was children’s entertainment brings us on to another controversial use of the media: TV as babysitter.
Radio occupies the ears so it’s just as easy to carry on doing daily tasks while listening as if it were not there. The visual aspects of TV meant that all a child’s attention was occupied. Aa an occupied child is a well behaved child it was easy to put children in a room with the TV on and leave them when mother (as it invariably was) got on with the housework. When dad came home he could enjoy a meal cooked by his loving wife who hadn’t been distracted by the demands of her children, and then he too could settle down for a few hours entertainment before bed, while Mrs T. V. Family cleared the table and did the washing up.

While at first cinema production companies were resentful of the market TV was capturing, encouraging their target market to stay indoors every evening and weekend, they soon discovered that they could recycle all those 15, 20, and 25 minute cliffhanger serials as TV shows. They were perfectly suited for adding adverts, and keeping the viewers coming back for more, just as they did on the Saturdays when they ran at the local theatre. Notwithstanding the paucity of channels on air at this period, demand for new programming was high, so re-using these old films was the perfect option while new new programmes were being recorded. The rules around advertising were different in the US and UK, affecting frequency, duration and content. Even today many British people find TV hard to watch when they holiday in America. If there’s a saturation point of advertising, US TV stations have surpassed it; you start to watch, you just begin to become engaged, and there’s an ad break. It lasts almost as long as the segment of the show you were watching, it’s loud, the adverts are very different in content and tone, and then the show starts again. If it’s a drama the narrative flow is broken, however, if it’s a documentary or reality TV show the producers find it necessary to remind the audience what happened in the previous segment, before then cutting to another ad break. In a show which is scheduled to last an hour, 40 minutes are actually taken up with the show, and a large portion of that is restating and rehashing what has already happened, making concentration or experiencing fulfilment incredibly difficult.

Advertainment Should Be The Rule, Not The Exception

Produced well advertising can, and should, be part of the entertainment environment we experience when we watch TV. They can be just as entertaining as the programmes we sit down to watch, and, since we see them far more frequently should be used to inform rather than push to sell. British brands use a much less hard sell approach to advertising, relying instead on humour, familiarity and entertainment than the American model. Of course there are celebrity endorsements in the UK and Americans use familiar brands, trademarks and ad mascots such as Tony the Tiger or Snap Crackle and Pop but it’s British advertisers who came up with the concept of the Oxo Family and the Nescafe Gold Blend couple, whose romance took its course developing over several years.

Returning to today, we feel no need to be ashamed of the fact that we watch television, so we mount our sets on the wall with no need to hide them behind curtains or disguise them as other objects. Now it’s unusual to meet anyone who doesn’t own a television set it’s ironic that we’re no longer watching broadcast TV in the same way that we did. Streaming TV and movies via the internet, watching satellite TV or digital TV allows us to be far more discriminating about the shows we have on than we ever were before.

To have your flat screen TV professionally installed, work which is guaranteed by insured installers, to have a satellite dish or digital aerial installed so you can watch the latest TV, just give Briant Communications a call on 01273 465377 or alternatively email us on enquiries@briantcomms.com for a free, no obligation estimate.