Briant CommunicationsBlogCCTVAre You Surfing The Z-Wave Of Home Automation?
1st May 2019 1st May 2019 By Dan Cash CCTV • Do It Yourself • General Information • Home Security • Management • Tips and Tricks • WiFi age in place • home automation • z-wave 0 Comments

Are You Surfing The Z-Wave Of Home Automation? 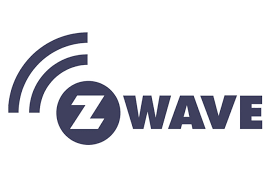 Z-wave is a wireless protocol which links a number of over 2600 different Smart Home Devices together. However, unlike your WiFi network or Bluetooth, Z-Wave is a software and hardware solution designed specifically to support a Smart Home environment. It differs significantly from WiFi and Bluetooth as it is a mesh network, meaning that each device repeats each signal it receives. Consequently the more Z-Wave devices you have, the stronger and more reliable the network is.

The signal the devices send is short range in itself, (up to approximately 330ft but a range of 50ft or less is recommended for solid reliability) but when many small devices are operating in your home, the mesh ensures that distance between the originating device and the intended receiver is no problem. This means that unlike other wireless communications, the more devices enhance reception rather than taking up bandwidth from a router which also serves your other connected devices, internet access, et cetera.

Z-Wave devices include security and environmental controls such as access control, locks, lights, and thermostats. There are many well known and specialist manufacturers using Z-Wave protocols in their devices, including Hyundai Telecoms, Johnson Control, Bosch, ADT, LG U+, Ingersol Rand, and SmartThings, as well as many others. The software they incorporate into their goods provides a great deal of control and reliability, along with all the skills and protocols you’d expect from the best Smart Home Automation devices.

One thing that Z-Wave users and makers feel sets them apart from the rest of the market is the use of sensors alongside voice and app controls. Disparate devices on Wifi and Bluetooth all require different apps which all need installing and syncing with one another via the Home Hub, Smart Speaker or other controller. You can use voice or app controls, but Z-Wave also incorporates a number of sensors which know where you are in the home, (or approaching it) what time of day it is, and what time of year, and the temperature. They also learn your preferences and habits, so they become intuitive to your needs. These sensors also detect water, fire, smoke and carbon monoxide and behave like intelligent alarms. They can tell you what the problem is, where it is, and open the doors and windows, making escape from a hazardous situation fast and efficient.

Mesh networks work by having each device act as a repeater for the signal, so the network you have in your home only gets stronger with each device you add to it. This means that if any one device fails there will be enough signal strength to carry on without any noticeable degradation in service. This is one of the unique features of Z-Wave, the devices which use it are particularly easy to network with one another. You don’t need any specialist knowledge or to be particularly tech savvy to be able to use Z-Wave which is one of their unique selling points. This makes it especially useful for people with little experience with computer and automated tech, and the elderly, who are also the kind of people who would get the most out of the technology. That’s because Z-Wave technology makes it easy to ‘age in place’. Because it takes care of security, not only with perimeter cameras, alarms and security lights but with sensors which detect the usual hazards, but detect you too, it gives reassurance that you, as well as your home are safe.

The mesh network means that there is an end to blind spots too. While the optimum operating distance from each device is 50ft it is possible to cover a distance of over 600ft with only four devices, and that could be anything from a door monitor or camera to a smoke detector or thermostat. But if you have more devices the mesh is stronger, and can be extended further. Dot them around your home, as you would naturally with devices such as CCTV, window sensors etc. and the chances of having any areas with poor reception decreases with every new addition. This is good news for people who live in solidly built, large or unusually shaped homes.
Because the sensors which Z-Wave uses are Smart and have “contextual awareness,” that is they not only sense you, they also know what time of day it is, and the time of year, who else is In the house and what your preferences are, they start to build their own events automatically. For example when you tell it ‘goodnight’ the mesh will lock the doors and window, arm alarms, turn down lights and heating, and set anything turned on onto standby.

When you come home it will turn the lights on and activate your other routines such as putting the radio on in the kitchen or the TV on in the living room.

Although setting up is very easy, when you bring devices home you can set them up via the “SmartStart” Z-Wave gateway software or a QR code printed on a sticker attached to the device, network security is very high up the agenda. Each network uses a central device which controls the entire network and any signal can only make 4 ‘hops’. Each device is identified with a unique ‘node id’ which, once attached to one network, cannot be controlled from another Z-Wave network.

SmartStart is the easy way to introduce new devices to the network, offering automatic device recognition and synchronisation. It’s much easier than many competitors which require users to download apps, tether devices, adjust settings and passwords. This far more ‘plug-and-play’ approach again adds to ease of use and frictionless easy-in.

If you’re thinking of adopting a home automation system and you don’t know which would suit you best why not talk to one of our friendly team at Briant Communications before making your decision? We offer free impartial advice on a range of different technologies and can help make purchasing and installation a simple, hassle free process. Just fill in our Contact Us page form or call on 01273 465377.