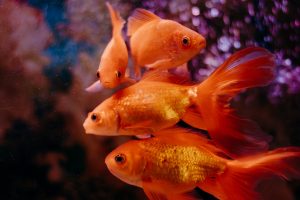 Because Briant Communications staff are proud to call ourselves “professional installers” it is infuriating when we see people on the news who’ve been made victims of crime because of a substandard installation. If you follow our blog you’ll have read about how we recommend applying rigorously high security protocols for all of your Internet of Things connected devices because default settings and lax passwords create a chink in your armour, so it’s frustrating when we hear stories such as the following.

Something Fishy Going On With This Casino’s Security

Not long ago a casino was hacked and the personal information contained in a database of clients’ details was stolen by criminals who gained access to the business’ computer network via a Smart fish tank thermometer. Darktrace’s Nicole Eagan reported that:
“The attackers used that to get a foothold in the network. they then found the high-roller database and then pulled that back across the network, out the thermostat, and up to the cloud.”

One of the problems with IoT security which isn’t so common with traditional break-ins or burglaries is that they are so hard to detect and very little evidence is left behind. When someone breaks into your home or business they usually leave a very detectable trail, and even if they don’t, you’ll notice valuables and treasured possessions are missing. With a Smart security breach you may not know if your data has been accessed at all until you go through your logs and find suspicious activity. All the devices which have been used to gain access will continue to work perfectly normally even while your information is being stolen.

If You’re A Victim Of A Crime And You Don’t Miss Anything, Has A Crime Been Committed?

It might seem hypothetical, but in practise the theft of your data can have significant repercussions. If a criminal can bypass your online security there’s nothing to stop them turning off your Smart locks or Smart alarms prior to making a visit when they know you’re going on holiday, because they’ll have been privy to that information too. And if they’re not intent on stealing from your home directly they may use your bona fides and credentials to create bank and credit card accounts in your name which can destroy your credit rating and put you at risk of litigation and bailiffs, actions which could cost you a fortune as you try to prove your innocence in court. People can be terribly blasé about identity theft, joking “if they want my identity, they can have it, it won’t do them any good!” but nothing could be further from the truth.

Businesses the world over have to juggle the cost of assets versus their value to the business and the bottom line. That being the case it comes as no surprise that even banks, the very institutions which should define “secure” have been hacked via cheap cameras and hasty, unprofessional installation.

You can’t even trust your vacuum cleaners any more either. If you’ve got a robot vacuum, such as a Roomba, or other similar robot cleaner and you don’t update and change your security settings it’s possible for criminals to use the camera to take a tour of your home to see what you’ve got to steal before going to the effort of breaking in. The cameras are necessary for the machine to navigate its way around your house, swerving around obstacles to avoid damaging them or getting stuck, but the camera will also reveal the layout of your house, your possessions, whether you’re home at a particular time of day, and, if you’ve not changed your default passwords, access to your home network through which they can unlock the doors and disable the alarms.

As proliferation of cheap devices continues to increase consumers either ignore or are unaware of the potential dangers that they could pose. We’ve written about mothers who installed cameras to keep an eye on their kids who didn’t install it correctly and the camera was hacked. A Dutch woman switched off her camera when she thought it was watching her only to have someone abuse her via the built in speaker when she turned it on again to show her friend. After such events manufacturers advise their consumers to change the names and passwords from the default settings but many of us buy a product, switch it on and start using it straight away. We don’t expect to hear from the maker months or years down the line telling us to take beware.

Make The News Come To You

But perhaps we should, for a number of reasons. Signing up to updates or putting your address on a mailing list might seem like a quick way to get a lot of spam, but it is an important way for companies to deliver news about updates, patches, breaches and fixes, as well as trying to upsell you more stuff. When manufacturers and retailers discontinue support or updates for a particular product you’ve been using for years unless you read the tech press an e-newsletter might be the only alternative they have to try to reach you.

Briant Communications professionally and securely install a full range of Smart Home Automation technology, including environmental controls, security cameras and alarms, all of which will be updated with long, complex passwords which will confound even the most diligent of hackers. For more information, to book a free, no obligation consultation call us today on 01273 465377 or email us at enquiries@briantcomms.com