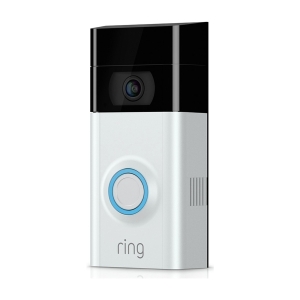 Most of us either get on with, or are completely oblivious to our neighbours. When we get home after a hard day’s work we’re not really interested in hearing from the people next-door’s kids or from the student flat across the street at half past two on a Sunday morning.

Most of us like a quiet life where we live in mutual, amicable ignorance of our neighbours. We say ‘hi!’ or nod in recognition and go on about our day. So keen on avoiding any kind of friction are we that we make accommodations for our neighbours, because letting things slide is SO much easier than the awkwardness and potential for embarrassment that confronting them over their inconsiderate behaviour presents.

However, this week a county court had to decide in the case of a neighbour who’s Ring Smart doorbells overlooked a neighbour’s property. And because he wasn’t neighbourly, he now faces a maximum fine of up to £100,000.

He probably won’t have to pay that much, but there are other things he should have done before it ever got to the county court. (The fact that it was a county court means that no legal precedent has been set, so if you own a Ring doorbell you won’t need to be hiring a solicitor just yet!)

The case revolved around an audio-visual technician in Oxfordshire who installed Ring Smart doorbells and some dummies as he wanted to deter thieves from returning to his property after it was broken into. He set one to watch from the front door, covering the street and the approach to his house. Others were pointed at a shared parking space, the drive leading to that car park and a portion of his neighbour’s property, including a window. The neighbour who brought the case brought it on the grounds of harassment, nuisance and breeching data protection legislation. And it was mostly on not fulfilling his obligations as the data controller that the defendant lost his case.

Under the UK GDPR 2018 legislation data which is gathered has to be reasonable, gathered with ‘valid grounds’ and fair. Also you must be clear, open and honest when collecting data. So what went wrong?

While the judge didn’t find that any nuisance had been done by having the cameras installed or recording images of people walking past, as these were ‘incidental’ and the cameras which had a view of the side of the neighbour’s house wasn’t nuisance either: “merely overlooking from one property to another is not capable of giving rise to a cause of action in private nuisance.” Nor was it the security light which the cameras triggered if motion was detected after dark that caused the nuisance. It was the fact that the doorbells had microphones, and these mics were picking up private conversations while the neighbour had a ‘reasonable expectation of privacy’ when they were at home.

The court found that as a data controller, the defendant was responsible for “the overall system, through its collection, transmission, retention, and sharing of the resultant files with neighbours and police, entailed the processing of personal data.” So he was responsible for taking charge of how and how much data was collected. It’s necessary to understand that before going to court both parties’ solicitors would have tried to solve this amicably before taking the case to the county court. At that stage there should have been a process where the doctor who felt her privacy was being invaded could have brought her concerns to the attention of the neighbour, and he should have taken reasonable steps to accommodate her concerns. This would have been simply turning the mics off on cameras where there was no need to listen out for people coming and going, and to turn the gain down on the mics fitted on the Smart doorbell beside the front door so that only people near the device could be heard. As it was the devices could record conversations anything up to almost 70ft from the doorbell, far beyond what is reasonable and covering areas where the neighbours would surely have a reasonable expectation of privacy.

Something that the defendant’s legal team don’t seem to have used as mitigation to the finding that their client was a data controller was the ‘domestic purposes’ exemption. The intention when fitting the Smart Doorbells was to protect property. There was no commercial gain to be had from fitting the devices and it could be argued that picking up the neighbour’s voice and movement when she passed within the camera’s field of view was incidental. The GDPR states the legislation doesn’t apply when: “the processing of personal data by an individual in the course of purely personal or household activity.”

Because that defence wasn’t tried the court found that the installation and collection of data breached the GDPR rules in several ways.

Although it’s coincidental, the cameras and Smart Doorbells which were installed were Ring devices. Having been embroiled in a controversy not of their making Amazon said in a statement to the press: “We strongly encourage our customers to respect their neighbours’ privacy and comply with any applicable laws when using their Ring product.” And reminded its customers that there was indeed an audio toggle with which to turn sound recording on and off.

Because the case was heard in a county court no legal precedent is created, however, ProPrivacy, the digital rights advocates, said the finding should prompt people to reflect “whether we’re comfortable decorating our neighbourhoods with powerful CCTV gadgets”. So, had the defendant been more considerate and listened to his neighbour’s concerns earlier on then he could have avoided going to court and possibly receiving a hefty fine. As an audio-visual installer he should have been more able than most to appreciate the capabilities of these Smart devices and adjust the settings accordingly.

Having things such as Smart CCTV, Smart Access Control, and Smart Alarms fitted by professionals who will carry out an assessment and decide upon the most effective location for the minimum deployment is the answer.