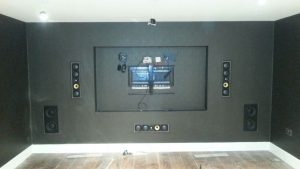 One day, well, numerous times over several years, everything went digital. In the 90s mobile phones switched from analogue to digital, TV went digital a few years ago, and many radio stations are now internet (digital) and DAB only.

Analogue makes sense to us, it moves in waves like sound, and it’s something we understand. As the joke goes, there are 10 different types of people in the world, those who understand digital, and those who don’t. Yet, whether we can make sense of it or not, it’s faster, more energy efficient, more adaptive, and easier to make tiny devices which can then be used to control bigger devices. And it’s these IoT devices which we are now buying and introducing to our homes, in turn, making them a stand-alone internet of things.

We Live The Life Digital

We are the first generation to carry a digital device with us at all times and suffer extreme vexation and annoyance whenever they don’t work. Tech savvy young individuals, millennials, expect to see Smart digital devices wherever they go. They may not understand the science behind them, but they intuitively know how to operate and enjoy them. Walking into a house they would expect to see wifi routers, flatscreen TVs DAB radios, laptops and games consoles in the same way that their parents would expect to see an aerial socket or telephone point when they were looking around for a home to buy.

While people who are entering the housing market would expect to see these innovations, and the infrastructure needed to support them in a new build, there are a number of reasons why such technological advances are slow to find their way from the shops, via the architect’s drawing board, into the builders’ and allied trades’ toolbox.

Some Changes In Architecture Are Small, Others Change The Way We Live Forever 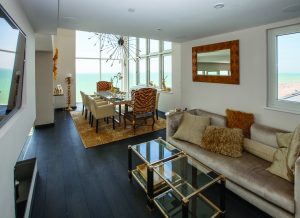 Some architectural advances here are a paradigm shift, heralding a sea-change in the way we exist within the built environment. Indoor plumbing (which was taken up by a Professional Knoxville Plumbing Company), domestic gas and a safe, uniform electricity supply are examples of these kinds of developments. Other new standards come simply with the kind of cable that’s used to connect to the outside world, and the terminals attached to the wall that we use to interface with the home.

One of the drawbacks with being on the avant garde is it’s a risk. Building technology is slow to catch up with the latest in home technology. Risk aversity and lack of will to adopt stymie the introduction of a lot of innovation, leaving advancement to the risk takers on the bespoke build market. Looking more closely, this unwillingness to risk installing digital devices is in no way surprising. There are still numerous platforms being used by a variety of different manufacturers and there is no sign of any particular industry standard being introduced.

On one hand that’s inconvenient. In order to get a certain group of devices communicating with another set, it’s necessary to use a home hub. Without a hub it’s nigh on impossible to get a Bluetooth device to operate in conjunction with a wifi or IR device. This can also be its positive though, keeping different networks of devices separated isolates and insulates them from potential problems. Someone might find a way to hack into your Bluetooth devices, but, without having access to your home hub, they won’t be able to take control of other tools, limiting their potential for incursion.

Another drawback of too much variety is that by the time ‘groundbreaking’ technology goes from the architect’s drawing board to the building site, it’s already obsolete, meaning there’s no capital in building it in if it’s going to have to be ripped out and replaced as soon as the first owners move in. Again, good thing / bad thing. You have to install all the infrastructure that you’re going to be adopting yourself, but you get to choose which platform you stand on instead of being tied to one or other protocol that was decided in the design stage long before ground was ever broken.

Imaging moving into a house which had VHS built in. We’ve already moved on from DVD, only really using them if there’s a problem with the internet so VHS would be nothing more than an anachronism. Spin on 50 -100 years and if your house is still standing that media technology will have gone from obsolete past anachronistic to an inconvenience which was never used, but is intrinsic to the fabric of the building and a pain to get rid of. Like asbestos, it seemed a good idea a the time, but did nothing but store up trouble for future generations.

So architects should leave room for technology, but never dictate what is and isn’t to be used, as no matter what they choose to go with, it will inevitably be the wrong choice in the fullness of time.

Notwithstanding the issues of precisely which data transfer protocol is being adopted, it seems that Smart technology and the Internet of Things is with us to stay. Far from being a fad of gadgets, the Internet of Things was first named such in 1999 by Kevin Aston of P&G, talking about RFID and its place in fulfilment and the supply chain. Today IR, RFID, Smart devices, Bluetooth, Google Assist, Alexa and Echo are all here to stay. 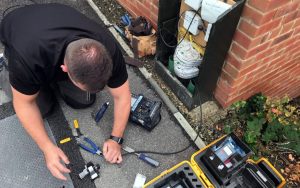 It’s the efficiency and consequent convenience of Smart and IoT devices that initially made them desirable for industry which makes them desirable in the home. Nay-sayers are dismissive of Smart tech as it’s simply a means of society becoming ever more lazy. This misses two points: all technology necessarily makes life easier and increases efficiency. If it didn’t it would be failed technology and never taken up. The second point which is overlooked is the impact Smart home technology can have for people with disabilities. Current estimates conclude that one billion people worldwide live with some kind of disability, meaning one in seven people live with a condition which could be ameliorated and life made easier through technology, as well as medical developments.

Smart technology doesn’t just make life ‘easier’ or more efficient. There are any number of advances which make existing technology more accessible through the digital revolution. CCTV, baby monitors, access control all benefit from being simple to control and easy to install. Being able to control thermostats, TVs, ovens, locks, keep track of keys, cars, bikes and other movable assets, even using a smart fridge to keep up to date with reordering store cupboard essentials and treats. This level of security and control not only makes our property safer, it provides peace of mind if we know our elderly or more forgetful family members are being reminded to buy food, take meds, and keep appointments.

Unfortunately, to build in capacity for all the potential needs of the housebuyer of the future, is clearly impossible. Therefore it’s necessary for the consumer, not the architect, to decide the technology they want to introduce into their home, so the architect can only facilitate access at the development stage. They can stipulate fibre optic trunking, cat5, cat6 or cat7 cable, co-ax on their design specs, meaning that your ability to simply plug in to fast data is built in to the fabric of the building. Other than that, the actual technology you choose and the interface through which you control it is up to you. But be prepared to plan for Moore’s Law, that ‘s the one which states that processing power doubles while the cost halves every 18 months. So expect to have to replace Smart technology every few years if you really want to stay ahead of the curve.