Every Year Smaller And Smarter. What’s The Future For Miniaturisation? 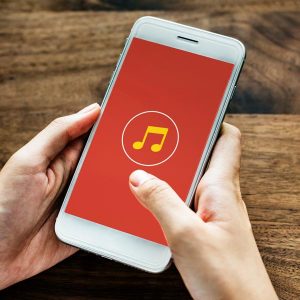 Alan Turing is credited with inventing computer science, cracking Enigma and shortening the Second World War by two years. And while all this is true, there’s a person in his story who’s generally overlooked. Effectively written out of history, he’s not even mentioned in The Imitation Game, the movie of Turing’s time at Bletchley Park, and that is Tommy Flowers.

Flowers had been working on a machine for the Post Office which could increase the efficiency of telephone exchanges, turning them from mechanical or hand operated to electronic relays. He started off his wartime engineering adventures making a Bombe machine decoder (a basic mechanical computer akin to Babbage’s Difference Engine) for Turing which was intended to process thousands of bits of data every minute, but when Turing abandoned that idea he asked Flowers to build a machine which could crack the Enigma code. Flowers looked at the brief and thought “Actually, I can make it better than this!” and he did.  He created Colossus instead, a machine as big as the average bedroom which could process vast amounts of data even faster. With his engineering genius and Turing’s mathematics the German encoders working with an encryption machine which could only do millions of permutations had their work cut out trying to keep secrets from Hut 8.

Back Then Bigger Was Better

Colossus was so big and consumed so much energy that the women who ran it would strip down to their underwear when they were working inside it to keep cool. And in a completely counterintuitive instruction to that which we all know well today, Tommy told operators to never turn it off and on again, as start up could burn out the valves and replacing them could take anything up to three days!

After the war the 10 Colossus machines which were built at Bletchley Park were taken apart and used in other machines back at the Post Office, erased or completely destroyed. The work they had done was so top secret that Flowers and his staff were never recognised in the history of computing for the advances they made in creating the first programmable electronic computer.

Now With Miniaturisation You Can Put It In Your Pocket

Now, instead of taking up an entire room, a computer with far more processing power than a Colossus machine can easily fit in your pocket. They could notionally be even smaller, but the size screen, in order to be viewed properly, and the size of your fingers, in order to swipe or tap, mean that the minimum size will never be smaller than it is today.

Sometimes The Future’s Not So Easy To See, Even For Those Best Placed To See It

In 1974, and repeated in 1977, Ken Olsen, founder and president of DEC, Digital Equipment Corp. said that he believed “There is no reason for any individual to have a computer in his home”. Amazingly DEC had started in 1957 and were leaders in digital computer electronics when he spoke. Olsen’s lack of vision let IBM & PC computer technology and architecture steal a march on his company. They continued to make business machines up until the 1990s when they were ultimately subsumed into Hewlett Packard.

And perhaps he would have been right if it weren’t for the tech world’s constant ability to miniaturise. When Olsen spoke DEC were making machines such as those we see in the movies of that era; banks of huge cabinets with a reel to reel tape juddering to a start and stop as functions were performed. So, if digitisation and miniaturisation hadn’t taken place, then there would have been no room for them (pun intended) on the open market. It wasn’t that Olsen couldn’t imagine computers becoming small enough for every home to have one, it was that he couldn’t foresee the ‘reason’.

Unprecedented Numbers Of People Are Connected

Because we can certainly see the need and use today! In the UK 90% of households have internet access, and there are an average of 7.4 internet connected devices in each home. Computerisation and the IoT means make the functionality of everyday objects is increased manifold. Gadgets and knickknacks which used to be used once or twice and then relegated to the cupboard under the sink are now able to tell us great new interesting and exciting recipes or alternate uses, rendering them more useful and desirable.

As well as the computer being much smaller, digitisation has made cumbersome technology smaller too. Flat screen TVs have done away with the need for cathode ray tubes, which needed to be deep and solidly constructed from fragile heavy materials such as glass, meaning that the latest OLED screens are flexible and can be formed into a concave shape to enhance single person viewing, or placed flat against a wall when several people are watching from various angles. Speakers are also enjoying a miniaturisation process of their own too. Traditionally, to achieve a rich, rounded sound a speaker unit had to be a large solid unit with plenty of space for deep notes to resonate while the tweeters sat at the top of the cabinet. Today many speakers use a driver which is about the same size of that tweeter to produce sound which is every bit as deep and sonorous as the old style speaker cabinet, but from a speaker which fits easily on a shelf.

Thanks to this miniaturisation and flattening, a home cinema no longer requires the space needed to install a rig of subwoofers, base bins, and tweeters along with a television set similar in size and shape to a dalek. Instead, all that is required is a wall with solid anchor points, digital sound bar and a few additional shelf or wall mounted speakers for the same effect.

It’s not only entertainment that has benefited from this miniaturisation and digitisation. Smarter speakers and miniaturised displays mean that your phone isn’t just smaller, it has much more functionality then a phone ever had before. Indeed, it’s only really called a phone because of where it comes from, not where it is today, which is a pocket sized computer and communications device. When you consider how much time we spend using the phone to chat on social media, search, shop, watch TV & movies, apply for jobs, and everything else we used to do via a desktop, actually speaking on it to another individual seems almost archaic.

If you’re a purist like me, you will argue that with some things, size still matters. For example, I don’t believe that you can get as good a photo with a camera on a phone as you can with a dSLR. In order to capture a high quality image you need a lens which is wide to capture a vast amount of light and a good focal length (the distance between the lens and the focal plane/sensor). If you want to zoom in, it requires a lens which can change that focal length, as simply expanding the image with digital zoom doesn’t change way light enters the camera, it simply blows up what’s already there.

That’s not to say phones and tablets can’t take brilliant snapshots, and that’s all most people want for any situation, so that’s fine. However, there will always be a need for larger format technology because, as Scotty always says: “You cannae’ change the laws of physics Jim!”

So What Does A Limit To Miniaturisation Mean For Speed & Function?

Since Moore’s Law dictates that technology gets smaller, faster and cheaper every year. If the package it comes in can’t get smaller then the technology can continue to be subject to miniaturisation, meaning that more can be packed in to each single unit there’s simply no more processing power left. It will be instant and almost free. Or so we hope.