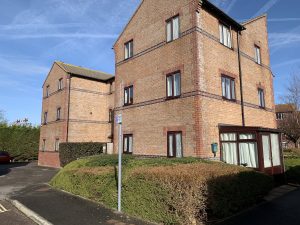 When I started at university I didn’t go into a dorm, I went straight into a shared house instead. The dorms were small, not particularly secure, noisy and too far away from town, making the campus an outpost rather than being integrated with one of the most popular tourist resorts on the south coast of England.

But that was over a decade ago and I’m sure they’ve improved no end since then. However, the problems with security on university campus persist. And for several reasons.

People arriving at university are leaving home generally for the first time. Aside from books, bedding and clothing the luggage they bring with them is likely to be computers and phones. Computers to study, and phones to call the Bank of Mum and Dad when funds get low. Knowing that each and every room in a dorm or shared house makes student accommodation particularly appealing for the professional thief. While uni dorms do generally have security on site, they also have thousands of people going from room to room socialising, having fun, and learning, making keeping tabs on who’s on site impossible.

Shared housing is worse. Students need cheap housing so they tend to gather in cheaper areas in poorly maintained housing. Landlords who rent to students know they will only be tenanting for a year at most before moving on, so they save money by not keeping the premises up to standard. Each house could have any number of keys cut, poorly maintained doors and windows with rotted or damaged frames and seals, windows which are left open to let damp out, or broken panes which simply don’t get fixed from one tenancy to the next.

So what is the young scholar to do to keep their property and possibly person safe when they move to a new town?

It’s almost inconceivable that accommodation, be that on campus or in private accommodation won’t have WiFi. And if you have WiFi you can have Smart security systems which require no drilling or cabling, and are easy to remove and take with you when you move on.

First of all, protect your property by marking it clearly and indelibly with your home postcode or a QR code with your name and home address using permanent stickers. These are quite cheap and can be used to ensure that if your property is lost or stolen it can be returned if it’s recovered by the police. They also mean your property can’t be sold to reputable second hand and pawn shops. Stickers are available which are quite small and can be discreetly placed on and inside laptops, tablets, TVs, phones, games consoles and entertainment centres.

Applying stickers or writing your postcode on your property won’t necessarily prevent you from losing your valuables, but it may help deter any thieves who see them, and help get them back if they ever go missing.

Another trick which helps recover stolen property is to put tracking apps on your phone or computer so that you always know exactly where they are. Some simply tell you where they are, some let you disable the device, and can take a photo of whoever’s attempting to use it, and upload to the cloud it it’s in range of a Wifi signal.

A quick and simple way to protect your room is to install a Smart wireless CCTV camera. It’s up to you if you want it to cover the whole room, or maybe you just want to put it somewhere it can cover a window or door in order to capture images of whoever’s coming in. The benefit of Smart CCTV cameras is that they can be placed anywhere, have excellent image quality, and don’t record locally. If someone breaks in they can’t simply destroy the recording or take the camera with them, all footage is instantly uploaded to the Cloud and sent to selected destinations such as email or phone app.

If you’d prefer not to have CCTV up in or around your digs, why not go for the IR option and install motion sensors? They can be attached to doors or windows and can send a push notification when they’re activated, turn on lights, or perform other tasks if connected to a home hub. Door and window sensors make sense as they are only activated when someone is trying to gain access. There’s no danger of them being set off by curtains billowing or by every bus passing your window. They’re relatively cheap and can be used to protect your room or the entire house depending on the type of accommodation you have.

Protecting your property goes for outdoors too. Most students still get around by bike if they’re not using public transport. A bike is a much easier proposal to leave parked outside the SU if you’ve had one too many than a car, but the problem is that they are so easy to steal. The stolen bike trade becomes self-perpetuating as students can’t afford to buy a brand new bike, so they are tempted to buy one cheap, which could itself have been stolen. Smart bike locks come with alarms which can be disabled simply through the proximity of your phone. If you’re nearby it unlocks. If not an alarm sounds and a message is sent to your phone to tell you that trouble’s afoot. The lock is permanently attached to the bike frame so it’s impossible to simply cut it and throw it away, instead the piercing alarm will follow the bike wherever it goes.

Don’t Let On The House Is Empty

Another huge inconvenience when keeping a student property safe is the fact that for a large percentage of the time you’re not there. Student houses are often empty during the day, on Friday and Saturday nights, and unattended for days on end during vacations and study leave. It’s an old saw that students only go home during the holidays to take their laundry home, but it’s true that nobody should have to pack up all of their property just to leave the house for a week or so for fear of finding it cleared out upon their return.
Smart lighting can be employed to turn on at dusk and stay on for a few hours to make it look like someone is home, a TV or radio can be set to do the same, giving the impression that the house is occupied. Motion sensors can be synced to lighting so that a bedroom light comes on when CCTV is triggered, reinforcing the message that people are home and to stay away.