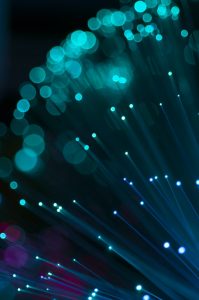 With every day that passes more and more people are able to access fibre broadband at superfast and ultrafast speeds, and those who aren’t are seeing other options emerging. You can get mobile Wi-Fi from most mobile phone providers if you don’t use much data per day, or you may be able to opt for wireless broadband. While wireless isn’t as fast as Full Fibre, it is still many times faster than broadband delivered over copper telephone lines which is how many of us still get our internet.

You may be quite happy with the speeds you already receive. If you’re on a standard package on a copper connection you could be receiving 50 or 60 Mbps which is fine for streaming a movie or downloading a high quality album in a few minutes (or seconds if you don’t mind sacrificing a little sound quality for faster downloads and more tunes on your device). If you’re looking at newspapers or online magazines you might notice it takes an instant for pictures to load because all the ads are fighting for the same share of data.

The problem comes when you’re dividing that data, or bandwidth, with numerous other computers, phones, games consoles and Smart devices, including security and burglar alarms and environmental controls. The more devices which need broadband data to work ( the internet of things) the more likely you are to start to experience downloads slowing down. Watching movies becomes tiresome as you continuously face the Spinning Wheel of Death, Reading journals becomes a drag because ads loading at different times cause the content you’re trying to read to jump around the screen, and Zooming or Skyping with family or friends becomes frustrating for everyone when you freeze, lag, lose sound or drop out of the conversation entirely for no good reason.

Superfast and Ultrafast broadband prevents this from happening. With greater internet speeds every device in your home is able to get all the data it needs almost instantaneously. That means that streamed and downloaded movies are ready to watch as soon as you press play, newspapers appear fully rendered because all the ads were able to load as soon as you opened the page, and video meetings can carry on without having to worry about whether you’re going to be the one who can’t be heard. With faster broadband speeds you can do all these things at the same time without any delay or interruption.

Other advantages are that if you’re a creative and you need to upload a lot of large files, photos or videos for example, they can be done almost instantly too. Ping, the difference between pressing a button on your controller and the character in the game performing the command, is reduced too. A factor which can mean the difference between life or death, winning or losing in any esports.

Because downloads are quicker you should see an improvement in the efficiency of your computer too. Windows checks for updates almost constantly and will run many in the background. If it can do that with unlimited superfast or Ultrafast data it can do it all the more efficiently. And when those big updates come along, you know, the ones which can take over your computer for hours? They can be processed much faster if the files can be accessed instantly.

Another benefit is that fibre broadband infrastructure is futureproof. If you look at what was used before, copper phone lines which were originally only ever meant to transmit the voice of one person to another, it’s incredible that they did such a good job for so long! Sure, once broadband became a utility we all expect co-axial cable took over, but it’s still just a copper wire after all. Fibre optic technology on the other hand is designed specifically for the transfer of internet data in vast quantities.

People living in outlying areas, rural communities, and others in that fewer than 1% who won’t be connected to the national fibre broadband rollout may find that pretty soon fibre broadband from an independent fibre provider may be their only option. Perhaps a wireless transmitter can’t be located anywhere that would give them the signal required, however, broadband internet providers can put a fibre connection anywhere a phone line already exists. That might be uneconomic for one of the national infrastructure corporations, but, with the help of the Gigabit Broadband Voucher Scheme, smaller companies can connect them without making a loss from installing expensive fibre optic lines, provided enough people in the community want it.

Can you get Superfast and Ultrafast Broadband?

If you live in the Worthing and Adur area, probably. Briant Broadband are a friendly local company staffed by experts who live in the Worthing area. We work with CityFibre to provide broadband data to people connected to their network, but we also connect private housing developments who can’t or won’t be reached by ‘The Big Boys’ to Full Fibre infrastructure we install ourselves and then connect to the internet at another point, and we also provide wireless broadband wherever it’s a simpler or more cost effective measure than connecting fibre.

Connecting to Briant Broadband couldn’t be simpler, simply check if your address is among those ready for connection, and if so, we can arrange an appointment to fit your new router in a few days.

Briant Broadband offer fast, friendly, local expert customer service, flexible packages you can change at any time, or even pause if you’re going to be away from home for thirty days or more without line rental or admin fees.