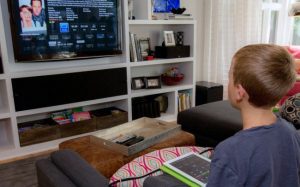 It’s thought that up to 1000,000,000 alive today have some form of disability, that’s 14.3% of the world’s population who have trouble performing tasks that the able bodied are able to do without much effort.

With that number of people struggling it makes sense that technology should be deployed to make life easier, which is why we need to stop thinking about Smart home solutions as a luxury for those who can afford it, but a necessity for those who need it.

Jaquelline Fuller of Google.org, Google’s charitable arm, said that “historically people living with a disability have relied on technologies that were often bulky, expensive and limited to assisting with one or two tasks. But that’s to change. Together we can create a better world, faster.” So, as we see further developments in connected home devices, the more we see how they can be deployed in such a way that helps those who have trouble seeing, hearing, reaching or even moving a great deal.

Many devices exist which are a welcome addition to the array of goods which people suffering from mobility and sensory disability will appreciate, yet they’re not marketed at these people because to get the best bang from the buck, marketing departments overlook people with disabilities because they are regarded as a low take-up group with too small a budget/income. Instead the obvious advantages they have for these people are sublimated to the convenience that the devices hold for cash rich time poor individuals for whom total automation and intuitive voice control are the holy grail. Gimmicky gadgets detract from the advances that Smart devices are making. Newspapers and magazine writers take delight in mocking the latest innovations, often because they solve a problem that the writers take for granted or don’t look at from any angle beside face value. Because of this Smart devices are considered luxury goods or needless developments that boffins come up with simply because they can. However, a lot of that ‘luxury’ technology is a godsend for people who know the limitations of living in a world which isn’t designed for them.

So let’s look at what ‘labour saving technology’ can do for people with disabilities for whom ‘labour’ actually means real inconvenience and overwhelming effort.

First of all there’s the Smart Speaker/hub. This is going to be most people’s first foray into the world of virtual assistants and smart home devices. Amazon Echo, Alexa, Google Assistant, and Home Hubs are at the heart of your networked home. If you’ve had a phone or tablet with Google’s Chrome platform running you’ll already be familiar with how it works. Say “OK Google” ask it questions and it will reply. Take this several leaps further and you can see how saying “OK Google, close the curtains and put the heating up” is simply a natural progression. Of course notwithstanding the usefulness of curtains and blinds which will open and close when you tell them to, you’re not simply limited to basic things which could equally be controlled by timers and thermostats. They have their place, but there’s so much more to be enjoyed.

As well as setting alarms, timers, reminders, taking down shopping and ‘to do’ lists and internet searches, there’s a whole deal more that a connected home can do for you. One of the most basic functions your home hub will do for you is turning the lights off and on. You might find it troublesome even getting to the light switch, lifting your hand to the height of the switch, and if you’re a wheelchair user you’ll know the joys of having electricians in to lower all of the light switches in your house by two feet. Reaching down for skirting level switches and sockets is equally problematic and most people invent work-arounds rather than go to the trouble of having them moved up a few feet. A far better solution, both in cost and convenience is a set of Smart lightbulbs. Not only are they on and off and dimmable, you can control them by asking your smart assistant to do it for you, and control the colour of light too, so if you have trouble detecting certain ranges the ambient light can be adjusted to optimise visibility.

Security Isn’t A Luxury Either

Your home security is paramount, and is something which plays on the mind of everyone. However, if you have home help assistants, carers, health visitors etc. calling on a regular basis, you need to be able to keep track of who can come and go, and when. Smart locks let you control who has access to your home, and when. They keep a record of who’s been and how long they stayed for, and they’re safer than key pads or metal keys as permission can be activated and deactivated with a simple instruction rather than changing codes or even locks if keys get lost or stolen. Permissions include full access for your most trusted family and carers, temporary permissions for people who you need to come once or twice, to install further Smart devices for example, and guest access for people who are allowed to come and go if and only when other conditions are met, such as a supervisor or manager being present.

Door controls such as Nest and Doorbird let you talk to callers when they press your buzzer, but unlike regular intercoms, you can see and talk to them via your tablet or phone. So if you’re in the bath, in bed, or sitting comfortably there’s no need to stop what you’re doing. Tell them you’re on your way, ask them to leave the parcel, or tell them you can’t get to the door at all. And with a menu of pre-programmed responses you can tell them what you want them to do even if people usually have trouble hearing or understanding you. If you choose a device with motion detection you can see people before they even press your buzzer so you can let them straight in, or, if it’s an unwelcome visitor, you can tell them to clear off.

Control Who Comes And Goes Where And When

On the subject of security and access control, there are a huge range of CCTV and home monitoring systems available to keep you and your property safe. Without the need for wiring, Wi-Fi CCTV is quick and easy to install and lets you both see in real time and record people on your property. There is also a fad currently for indoor cameras which are marketed at people who want to keep tabs on their pets, babysitters and teenage kids. However, they can also be programmed to activate not only upon motion, but on sounds too. So if you’re in distress and can’t reach a phone or your call system you can tell your monitor to come on, call help and let people see your situation. Conversely, they also let you keep an eye on people you have coming to your house to provide a service. Between talk home renovation shows, daytime TV is full of programmes highlighting the dangers of letting people into your home unsupervised and a discrete camera on the shelf will give you an added level of protection and reassurance. Of course there are privacy and data security issues with having such a device in your home, so it’s worth having a professional installer come and help you, at least when you’re starting out with Smart Home Assistants to make sure your devices are all set up safely and securely so they can’t be controlled from outside or ‘leak’ data which other people could use.

Keeping the home warm is something we naturally take for granted, but heating bills take up a huge chunk of the budget if you’re heating the whole house but not using every room. Smart thermostats don’t simply come on and off, of course they do that, and regulate the temperature, but they can also track your movements, so if you go out they can turn the heating down waiting for your return, coming back on as you approach if you’re geofenced, making the house warm by the time you get in. They can also follow you from room to room, turning the heat of in the living room if you go to another room. As well as the radiators and heaters, they can control the boiler too, turning it off entirely if you’re away for any length of time having forgotten to turn it off before you go.