Is 5G Bad For Your Health? Is It Safe? What Should We Be Aware Of? 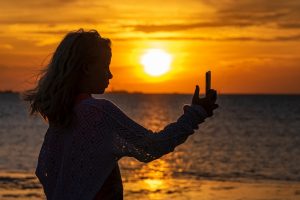 Looking at social media and the news you’ll no doubt be aware that there are any number of rumours that 5G is dangerous. It causes cancer, leukaemia, it causes infertility and autism. It also causes headaches and premature ageing. And naturally these scare stories are put about by exactly the same people who said exactly the same thing about 4G, 3G, 2G, Wi-Fi, high tension power lines, TV transmitters, rock ‘n roll, and even the train if it went more than twenty miles an hour. And people love to read these stories as it gives them an outside source for their problems. The inexplicable can be explained. People prefer if they can identify causation rather than put cancer or autism down to random chance and the luck of the draw.

That’s not to say there aren’t dangers coming from 5G, but those are far more esoteric.

5G is being introduced as 4G can’t be developed any further without going on to that next stage, and the reason for that is the Smart Home Revolution. We need more and more data to flow through our homes as ever more devices become automated. If each device is going to work correctly in conjunction with all your other devices it will need uninterrupted signal at full capacity whenever and wherever it is called upon.

So What Are The Dangers?

The danger of having so many devices on a single network is data security. When you introduce many new devices onto a single network each and every one needs to be properly password protected. As an increasing number manufacturers introduce Smart Technology to their output there is the risk that they won’t tackle security as diligently as those who have made a name for themselves producing high quality Smart electronic devices and tools.

Look at the low budget Smart lights which flooded the market in 2018/19. They worked perfectly adequately but stored access details and passwords in plain text files meaning that an adept hacker, or anyone who had the wherewithal to simply pinch a broken bulb out of your dustbin could potentially hack into your home network, creating a privacy and security risk.

So the real danger is lax security surrounding a proliferation of Smart devices which haven’t been, or can’t be adequately insulated from outside intrusion, via the 5G network.

Do We Really Need 5G?

When digital mobile telecommunications were introduced 2 decades ago SMS was simply a handy way of checking signal without having to make a call. Carriers were going to get rid of it until they realised that many people were sending SMS to one another, making full use of the 160 characters available. They were fairly reliable, cost nothing to provide once the infrastructure was installed and they could charge anything from 10p to 12p per message. And considering there were literally billions of SMS being sent annually, they were definitely to be encouraged. So much that nowadays people regard actually calling a friend or acquaintance rude, a text is de rigueur.

Today we look over someone’s shoulder on our commute (generally with free Wi-Fi laid on) and we’re surprised and bemused if we some someone using a phone which can’t play movies or store music. We expect data, and lots of it, when we need it, without question. And that’s why we’re going to glad to have 5G.

What Are The Other Advantages of 5G?

Speed is defined as the rate of displacement with time, meaning that you get the faster your data is the more you will get in the same amount of time. While once you were happy waiting for a movie to download before you could watch it, notwithstanding the pixelated nature of the picture it’s now standard to stream HD movies as soon as you click play. There’s virtually no reason to download anything unless you know you’re going to a location where you know there won’t be any reception.

Going back to your Smart Home goods. That speed, the sheer amount of data it’s possible to shift means that everything will work smoothly. It’s no good stocking your entire home with Smart devices only to find that you can’t run them all at the same time because there isn’t enough bandwidth for the CCTV cameras to upload data to the cloud while someone’s streaming a movie in the lounge.

While the nay-sayers are still worrying about the health concerns that were rehashed to go along with 5G the phone companies went ahead and, after testing, have already started providing 5G in a number of cities and airports throughout the UK. If you have a 4G phone or lower you won’t detect any appreciable improvement, but if you have a 5G phone you may not see any appreciable difference either. This is because of two factors: Currently there is no demand being placed on the 5G network even where it does exist (it’s currently only being rolled out in a few locations). There are so few devices using 5G that the only difference you’ll notice is that everything is playable immediately (in theory downloads should be in the order of one or two hundred times faster than 4G). It won’t make any difference today, but in a year or two’s time when there are thousands of devices connected to a single transmitter and they’re all receiving data just as quickly the main thing you’ll notice is that there is no interruption or slowing of service, even at the busiest times of day.

Briant Communications are the south east’s leading smart home and home automation technology installation specialists. We install a range of Wi-Fi, cable and fibre optic networking solutions at every stage of construction, redevelopment and home improvement. If you’re planning on introducing Smart Technology to your home call us for a consultation on 01273 465377 or fill out the contact form.