Integrating Digital Into Every Aspect Of Home And Lifestyle 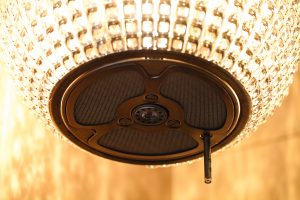 Life and work change along with the accessibility of technology people make use of. When you like using something, you find ways to use it in your everyday life. Ease of use and advances in functionality make things more useful, and the more useful they are, the faster and more deeply they are adopted.

Working From Home Will Make Your Home Work Differently

Technological advances, like evolution itself, are a part of a creeping change, and only occasionally manifests itself as a identifiable leap. If you look at home-working, there has been a natural progression which allowed this to come about. Home working was often considered as skiving for most people until relatively recently. Today, with the reliability of digital communications, the ubiquity of laptops, tablets etc. and the problems people have commuting remote working is now a practical solution, and it’s been found that people are actually more productive working from home than from the office.

Because our lifestyles, workstyles, living and working spaces are evolving and merging with one another the space where that takes place needs to change and evolve too. A lifestyle ecosystem will develop around individuals which will include home, work, leisure, and relaxation, all taking place in one unified space. Smart technology will play an increasingly large part in that.

The Smart Home Knows What You Want Without Being Asked

Autonomous or Smart technology will become part of our lifestyle in the future. As it anticipates our wants, needs and individual behaviour without waiting to be asked it becomes more than simply functional, rather it becomes a lifestyle choice, which holds fewer and fewer barriers to entry. Young people find it easier to adapt to new technology. For example, in a complete inversion of expectation, it is increasingly being found that touchscreens are improving, rather than slowing manual dexterity in children.

Thanks to thorough R&D it’s easy to identify the fad gadgets and distinguish them from the devices which will slot seamlessly into our lives in the future. Devices for which an immediate and practical use distinguish themselves while the digital fork or Smart drinks flask will only find purchasers among those panic shopping for gifts on Christmas Eve. The benefits that Smart devices bring include energy efficiency, quality of life, especially for people with mobility issues, young parents and the elderly, security, access control, utility consumption, including gas, electricity and water, especially in gardening, washing and cleaning. 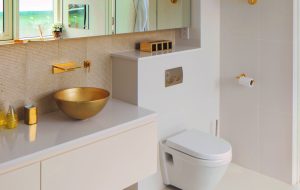 Autonomous technology is not only a part of the future of Smart home design, it’s part of the lifestyle of many people already. It’s gone from being a luxury lifestyle ideal to a practical home enhancement for those early adopters while the rest of us scoff at it being ‘pointless fad gadgets.’ That is, until the unique features and benefits are made clear. Smart tech anticipates the user’s wants, needs and behaviour without waiting to be asked. So far from simply being a lifestyle choice Smart technology is functional, and with the number of people with wifi in their home or workspace increases, there are fewer and fewer barriers to entry. In order to anticipate an individual’s needs, it needs to be able to identify the person who’s talking to it. Through voice recognition each member of the household has their own portfolio of access. Kids can only watch suitable channels, games and movies, your favourite channels are top of the bill while those you never watch, but your partner loves, don’t feature at all until they’re the one calling up the menu.

Robots Are Already Waiting To Do You Bidding

In the past the future was seen as an environment of clean lines and minimalist luxury where we’d all have a robot servant carrying out all the duties that are boring, time consuming tasks around the house that kept us from being fully liberated. The reality is that instead of one fully functional robot we have instead myriad tiny robots who all perform the single task they were designed for perfectly. Adoption has been made easy. As we renew and replace goods which have outlived their usefulness, we replace them with others which have Smart Technology already installed. Plug them in, tether them to the home network and enjoy the benefits of intelligent devices anticipating your requirements.

Obsolescence and price are factors which deter people from adoption. However, because Smart devices are relatively cheap in comparison to comparable products which aren’t so equipped, it’s natural to wait for the old products to reach the end of their usefulness and replace them with Smart alternatives. With the market changing constantly, new devices are released, often on competing and incompatible platforms, there is however a fear that you will buy something because of its additional functionality, and it will stop working once the technology it runs on is withdrawn. A situation like this happened once in television’s earliest days and again with VHS and Betamax, however, today that doesn’t happen. Technology becomes invisible, but it doesn’t go away. Take for example Bluetooth. People have generally stopped using it to ping data from phone to phone, but they are using it daily in wireless keyboards and mice, earphones and headsets, and many connected Smart devices.

Futureproofing Built Into The Fabric Of The Home

Because the infrastructure remains the same despite the changes in products and devices which are available it’s easy to predict what you will need installed into the fabric of the home. Cable, fibre optic and Cat5 Cat6 and Cat7 are dependable and unlikely to be superseded any time soon, so while you may have to replace software dependent devices every five, seven or ten years, data cable is something that you can install and forget about. So, while Moore’s Law says that technology doubles in speed and halves in price every 18 months, the means of getting that data from one place to another remains the same.

The point of wireless technology is releasing you from being tied to the walls of your Smart home. But this comes with its own drawbacks. Every device needs a charger, meaning that you have any number of different wires you need to sort through every time you need to charge a phone, tablet or iPod. Wireless chargers have been available on some phones for some time now, but as the technology becomes more common, ‘powercasts’ are entering the market. This technology reduces the visibility of power outlets, reduces the number of cables and power outlets that are needed shrinks too. Metal cable which is used for data and power can also be used to increase the range and quality of the wifi service. Eliminating blind spots will mean that it is finally possible to control everything that happens in the home from anywhere within the building.

Smart Home Technology Can Go Anywhere With You, Wired Or Wirelessly

That includes the bathroom too. While it’s clearly against code to place a power point in the bathroom or shower, there’s nothing stopping you from installing shaving points which also have USB terminals, meaning it’s quite safe to power low voltage devices, such as Smart speakers. Certainly fitting data along with power supplies to kitchen and bathroom wasn’t something that ever occurred to anyone before, but now it is possible, including it at the design stage is a great idea. There is a small increase in cost, but this is easily offset by overall savings made by increasing energy, water and gas consumption.

Since it’s clear that the Automated Home is going to be here with us to stay, it’s up to architects to incorporate the infrastructure into the fabric of the design as changes in the way we live in a space reveal themselves. They can model the Smart Home infrastructure for clients when designing new builds, restorations and extensions so that the space suits our lifestyles as we develop and become more accustomed to incorporating digital into our everyday lives.