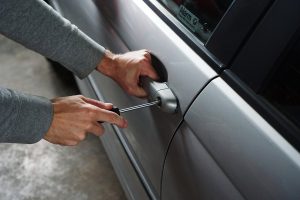 Everyone hates car alarms going off in the middle of the night. Unfortunately we’re so used to car alarms going off for no good reason most neighbours will be far more likely to call to complain about the nuisance than they are to call the police to report a crime. So how can you use your smart home tech to alert you if your car parked outside your home, or business vehicle is broken into and stolen while parked overnight?

There are a number of different devices which can be installed in your car or van that will alert you to when it is moving, and its current location. They can immobilize your vehicle if you don’t have the right key and no transponder is present, or they can simply make a hell of a lot of noise.

But How Else Can You Use Smart Home Security To Protect Your Property?

Dash cams are becoming increasingly popular among drivers as they capture evidence of fault when there is a crash which can be submitted to your insurance company when you need to make a claim. But how about fitting a camera facing into the car? Focus on the driver’s seat and you’ll be able to capture images of any criminals breaking in and driving away. They might see the camera and dispose of it, but if it’s streaming footage straight into the cloud or sending it to your computer then it’s already too late.

In car security systems such as alarms and immobilisers have their vulnerabilities too. A professional car thief will surely know how to get around many of the latest security devices that are commonly available on the market, however, parking on your drive where it can be seen by your home CCTV cameras means that motion detectors can pick up any faces when they come onto your property and start filming anyone who’s up to no good. Smart cameras can be programmed to record and send alerts when the vehicle starts to move too, so if you’re not at home or asleep you will be informed that something’s amiss and you can then inform the authorities.

Watch Over Your Car Or Van Remotely From Anywhere

The benefit of using your home CCTV monitoring devices in this way is that it’s impossible to get past the security measures you’ve taken by concentrating on the car itself. A car thief would have to know in advance that it’s no good looking in the engine or boot, but instead they’d have to get access to your home network and disable the cameras instead.

Smart Home CCTV cameras have a nifty facility where you can ignore movement in a particular area where your motion detection is concerned. That means that if your CCTV is angled to that it picks up a tree, or the pavement outside your home your camera can ignore movement there, but as soon as anybody moves into the active area of the screen then motion detection is triggered. You can also use line crossing detection or area detection to trigger the cameras when anybody comes onto your drive, or if they’ve somehow managed to get into your car without already triggering an alarm, moving the car off of your property.

(Of course line crossing and area detection triggering can be used to eliminate a great deal, if not all of your false alerts. If you find that you can’t point the camera at such an angle to eliminate areas where there are people, trees, or traffic and still get good coverage of your doorway, drive or other access points then defining the detection areas which will trigger alerts, and camera activation will prevent false alarms.)

Place Your CCTV Security Cameras In A Visible Spot

The point of CCTV is ideally to prevent break-ins. It’s much better if you can put people off of the idea of coming onto your property in the first place and CCTV cameras are among the top deterrents for making burglars and car thieves think twice. It’s been shown that being house-proud, making your home look well maintained, and occupied deters burglars. It’s equally as important to make sure your home security is effective, that it works and it’s on when you need it. Like the boy who cried ‘wolf’ too many false alarms will make you disbelieve the alerts when you receive them, the temptation is then there to turn them off. And it won’t take long for someone with an eye on your property to go from having a suspicion that your cameras aren’t switched on to testing that theory. And if they find they’re right, it’s likely they’ll make use of that advantage.

When you’re defining the area that your camera’s motion detector uses to trigger activation and alerts, it’s important that you define the smallest area possible. Review all of the events that triggered activation and use that data to draw the smallest shape you can as the more areas you mask off, the more chance an intruder has of making it onto your property undetected. If you feel you’re turning off too much of the view, consider moving the camera to another place. If someone can walk under a tree, or jump over the fence and not be detected because shadows or moving leaves set off your motion sensors so you switched them off, then your CCTV isn’t serving its purpose. The great thing about wireless smart CCTV cameras is that you can put them anywhere, so long as nobody can approach them from behind without being seen, which frees you up to get unrivalled coverage of your entire property, including the in and around sheds and outbuildings, so in theory nobody can come onto your property without being seen.

Your Car Can’t Be Moved Without Your Knowing About It

So it’s not likely that anyone will be able to get into your car without being detected, and if they try to move it they will be surprised to find that despite having disabled everything onboard, you’re still alerted to movement, security lights will come on and whatever skills you’ve programmed into your smart home security system for such an eventuality will be triggered.
If you’re interested in installing CCTV, Smart door monitoring, and access control throughout your home and perimeter then get in touch. Call us on 01273 465377 or fill in your details on our Contact Us page for a no obligation quote.