New Tech, New Frustrations! How To Get To Grips With Your Brand New Gadgets 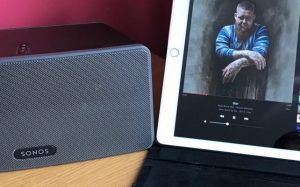 So it’s been a month, how are you getting on with the new electronic devices you got for Christmas? If you think you’re struggling and that you’re not getting as much out of your tech as possible, you’re not alone. More than a quarter of people surveyed said that they’re not sure how to use their electronics properly, and feel they are probably missing out.

The problem most of us have with electronics we’re not familiar with is that we use it in exactly the same way we used the piece of tech that it is replacing, and if we don’t get to grips with a new feature straight away, it’s unlikely that we’ll ever get to know it. Attempts have been made in the past to teach new users how to improve their interface with the user, you’ll remember of course Microsoft’s paperclip, called, imaginatively enough “Clippy,” a dog called “Rover”, and a wizard called Merlin which would pop up whenever you wanted to do something, getting in the way and giving you flawed advice. Fortunately for all, that particular piece of fury-fuel was discontinued in 2007 after it was noticed that everybody hated it.

The Which? survey suggests that after three days living with the tech you’ll eventually get to know how to get the best out of it, however, this information is based upon self-reporting. It’s equally as likely that people just get frustrated and sick of arguing after 36 hours and simply accept that they won’t be able to get any more out of it.

It’s also entirely predictable who it was who found that they couldn’t get on with the new devices they’d bought or received as presents, and who was able to switch it on and get to grips with it straight out of the box. You’d be forgiven for thinking that this could have been what our American cousins call ‘a Hallmark moment’ where young and old come together, bonding over the latest technology and electronics as the young teach the old the intricacies of modern invention.

Many people do ask their relatives for help, far more than choose to read the instructions in fact. However, some children reported that they were also baffled by instructions and would have to tweak settings before they were eventually satisfied that they were familiar with what could and couldn’t be done and the items were working optimally for their needs.

Where does that leave you if you are the type who eschews instructions, throws them away with the packaging, only to discover you don’t know what you’re doing and don’t have youths to help you? The next best place to go would be the internet. If you can find the internet you can find manuals for just about everything, especially the latest technology, and you can also find forums, YouTube channels, articles, discussions, online help, from FAQs to user reviews and hacks. All you need is the maker’s name, product name and serial number. Google those details and you’ll invariably find any number of people outlining the same or similar problems and issues, and you’ll find that tech support or incredibly tech savvy private individuals will have given either the official manufacturer’s advice, or simple shortcuts and shortcuts users have discovered.

What to do if you get stuck?

If you are having trouble using your new electronic devices or you’re preparing to tackle getting deep into the menu to see what the promised whistles and bells can do for you, follow these simple steps:

If, after all that, you still need help, perhaps it’s an installation issue, you need a flat screen TV mounted on the wall, additional cabling, routers or sound equipment then why not get in touch with Briant Communications? We supply install and secure a full range of electronics from TV aerials and satellite dishes to TV, HiFi, wireless devices, and smart home security.