Futureproof Your Digital Broadband By Choosing The Right Technology 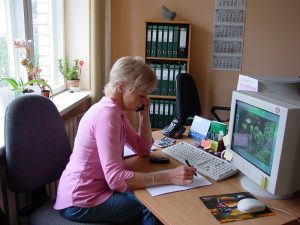 Anyone developing a building project on the south coast will be concerned about future proofing the property. But knowing what technology today is viable for the future and what will be superseded by better technology is almost impossible. If only we could count on reliability, quality and availability to help us make up our minds, but it’s not that simple either. Betamax was better than VHS. It was better quality, and there was no reason that Beta video recorders wouldn’t have become smaller and lighter in the fullness of time. So why did VHS take over?

JVC was interested in making cheap, readily available video tapes for the home. While Sony were heavily invested in music and cinema production and distribution, giving them all the networks they needed to monopolise, they failed to capitalise on their advantage as they refused to license Betamax technology to other companies. This was their major mistake as JVC were happy to let other manufacturers and licensees produce their cheaper VHS tapes. This meant that you could essentially get any other movie except a Sony production on VHS.

By the 90s we’d seen too many alternatives come onto the market and disappear. In the 80s there was laserdisc, VHS, Betamax, cassette, they were followed by CDs DVDs, Minidisc and finally MP3 and MP4. After Minidisc there was a rush to invent the next media, technology companies were looking for the next music and video storage system, but the record industry was against it. Technology was over-proliferating the market so there was a risk that nobody would buy new devices because they were worried that their new hi-fi or video player would be obsolete before the warranty had expired. A moratorium on new technology lasted for a few years while Minidiscs proved popular, useful, but unfortunately other technology was sneaking up behind.

As mobile phones and computers became cheaper, more ubiquitous, digital and powerful they could be used to store more than just spreadsheets and documents. Once it was realised they were perfect for transporting and transferring music via the internet the iPod was a brief contender for a universal music storage device, but it was mobile phones with storage and web connectivity which finally won out.

When you’re thinking of the technology you want to build into your house you have to bear in mind not only how useful it’s going to be in the future, but how accessible it is, and what other factors will bear on the development of it, and competing technologies.

Choose The Right Tech Solutions First Time And For Good

Fibre optic technology has been with us since the 1970s and while it continues to improve, faces no other serious competition.

Because it uses the frequencies of different coloured light it can deliver vast amounts of information at the speed of light. The UK, along with many other countries, has decided to adopt it as the broadband data infrastructure of choice moving toward the future. Copper cable was an option years ago as it was so commonly used for phone technology, however, as demands for both speed and volume of data exploded, metal simply couldn’t keep up as a delivery method, so it’s being retired.

Another alternative is wireless. It has several drawbacks which prevent it from becoming a universal solution, primarily the short range and limited frequency availability.

But the drawbacks which prevent wireless becoming a part of the national grid of data make it perfect for home and garden. The short range means you can have perfect reception throughout the house but your neighbours two doors over will barely receive it, nor you theirs, meaning low noise and interference which would otherwise affect the smooth efficient running of your wireless devices. Wireless can be scaled up with bigger transmitters and more power, but there are practical limits which are overcome not with increasing the size and capacity of the transmitters, but switching over to fibre, because it’s simply better suited to high volume applications.

So, with fibre to the property (FTTP) and wireless either in the home or covering the short distance between a transmitter and a hard-to-reach end user it’s now possible to ensure that almost every home in the country who wants it, has fast, reliable broadband data available whenever they need it.

How You use Wireless Broadband Once You Get It Into Your Property Is Up To You.

Broadband data is now every bit as much a utility as gas or water, so ensuring that you are able to use it wherever you need it is a given. But so many of us fail at that. We put up with ‘shadow areas’ where thick walls, filing cabinets, white goods and even power cables interfere with and get in the way of Wi-Fi. We put up with low speeds and unreliable service from the ISPs. And we accept prices which don’t reflect the quality of service we receive.

If you’re futureproofing your home then these issues are relatively easy to avoid. Eliminating shadows is easy. One of the best solutions is a mesh network. Placed strategically around the home they can not only fill in any gaps in your Wi-Fi but they improve the coverage you get as they reinforce one another. If you want your Wi-Fi to go out into the garden because you like to work outside, you have an outbuilding converted to an office, or you use wireless CCTV cameras and security devices then a Wi-Fi extender is perfect for you. A point to point device can send a beam of data to a receiver over many many metres, while a point to multi point option will ensure that several remote locations are getting the data they need.

Using the best quality equipment and devices is always worthwhile when investing in a product which is going to last into the future. The router you get free with your broadband data contract may be able to deliver the speeds promised, but whether it can constantly and reliably operate at its limit is questionable, especially as it gets older. Investing in a new router will ensure that you have the something reliable, which can easily cope with the demands you put upon it, and is covered by a warrantee which is separate from your broadband contract.

Choosing the best ISP or WISP (wireless internet service provider) is a key decision when ensuring that the work you put into your home network pays off in the future. There are the main market leading providers, those with nationally recognized names. They offer the confidence which goes with being a market leader, but they often don’t have the attitude towards customer care and user satisfaction that many of the smaller companies do. These smaller ISPs and WISPs, known as “disruptors” are able to use existing infrastructure, or install their own if there is no extant fibre cabling available. They buy data in bulk and then re-sell it to you the consumer at a price which is often better than the market leaders. That means that they not only beat the big boys on price, they beat them on localised customer service too. Because they’re small and local they have staff who know the area, engineers who are never far away, and offices a few blocks over, and not call centres thousands of miles away.