Crime Prevention; What Can You Do To Protect Your Home And Property 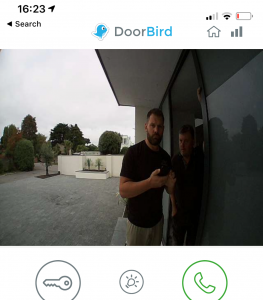 Every year, around Halloween, there is an upswing in reported crime.

As clocks go back the nights get darker earlier and this gives criminals more cover under which to commit burglaries, vandalism and break-ins. And from now until spring it gets worse, excepting one day only, because housebreakers like to spend Christmas with the family too, even if they’ve destroyed yours.

With the curtains shut and people spending more time indoors concentrating on their own families, there are fewer people on the streets. Any empty homes stand out as they are clothed in darkness where the neighbours have the lights blazing. Opportunists can’t help keeping an eye out for the clues that tell you’re not home. Are the lights off? Is there a car parked outside?

Then, if your house is the one that attracts their attention, they look closer. Are there shady corners where they can hide and keep an eye on your home? What do your locks and window latches look like, good quality, or flimsy hasps they can easily force? Is there any type of CCTV security cameras or burglar alarm in evidence?

Do you have a shed or garage that isn’t properly secured? Bikes, tools, lawnmowers and the like can all fetch a few quid if they’re in good condition and, galling as it might be, burglars often use the homeowner’s own ladders and play equipment to gain access to less well secured first floor windows.

Along with household clutter, a lot of families keep a chest freezer in the garage. They’re big and bulky and there’s never room to keep them indoors, so it’s natural to put them out there. With the holidays coming it would be a shame if your Christmas dinner ended up on someone else’s table.

When you’re burglarproofing your home you need to think like a burglar before you get started. Look at your house with the frame of mind “How would I get in and what would I take?” It’s a trade off. If they can peer in though the window and see something they really think is worth having they’ll up their game when it comes to planning how to get in. If your home is a soft touch but you haven’t got anything clearly visible, they might just break in to check out what you’ve got anyway.

Make them Think Twice Before The Thought’s Taken Root

Gathering evidence and doing everything you can to find your property once it has been stolen is one thing, but deterring criminals from ever becoming interested in your home in the first place is quite another. Making it plainly obvious that you take security seriously to anyone looking at your house from the street is your first line of defence.

Your first line of defence is indeed your fence. If your fence or hedge is tatty, unkempt, or in need of repair it tells people that you may not be as keen on household maintenance as you could be. Hedges and fences create blind spots and dark corners which can be exploited, but if they’re well maintained they don’t offer the cover that intruders desire.

Once the unwelcome guest is past your gate, what greets them? If it’s a dark drive that can’t be overlooked by the neighbours or from the street, think about changing that. You can’t always stop people with legitimate reasons from walking up to your front door but you can make people with no reason to be there feel very uncomfortable.

Set your security lighting to come on when people come up to your house, but try to stop it coming on every time anyone passes your house. If you have gates, a switch that trips when it’s opened gives people a welcoming light as they walk up your garden path if they’re supposed to be there, and let you find your keys quickly and easily when you’re coming home on a dark and rainy night.

Security lighting triggered by motion sensors is great for other areas outside your house. Keeping the back of the house covered means that anybody hopping over the fence will turn the light on, making them unlikely to then approach your home any further.

Security cameras which come on when your security lighting does lets you see who’s approaching, even when you’re not home, and if you are in, lets you decide if you’re going to open the door. Making them obvious to anybody coming near your house lets them know that you’ve got their face on film, along with the time and date of their visit.

The placement of your security cameras is important. If you’ve got a camera which can be approached without being covered by another camera, it becomes a vulnerability in your home security. You can easily place wireless CCTV cameras to cover outbuildings, sheds and garages so that they can’t be broken into without your knowing about it and capturing the culprit on camera too. Wifi cameras are easy to install and securely synchronise with your smart home security. Place them out of reach but not too high to get a good image of your visitors and they should deter those with no business being on your property.

Burglar alarms are still one of the most popular deterrents when it comes to crime prevention, so long as they work properly. Today’s home burglar alarms are more effective and discreet than they’ve ever been before. As well as sounding after any doors or windows have been opened after you’ve set the alarm, modern burglar alarms have sensors which will detect any motion inside the property should the intruder have gained access without tripping the alarm on the door or window frame. You’ve several options when it comes to the alarm sounding. A silent alarm will alert you and the police to a break-in if you’re not home, meaning that an intruder is apprehended without waking up the entire neighbourhood. Or you may prefer a sonic alarm, certain to make the burglar drop what he’s doing and make himself scarce as quickly as possible.