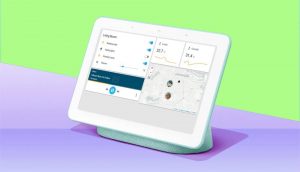 Google Assistants, smart speakers, Alexa devices and all kinds of IOT Smart stuff are a way of life for many of us. While once they were a gadget which it was just kind of cool to have around the house, their usefulness and practicality has made them a firm favourite with anyone who used them regularly. However, over time you might find that your home network is slowing down. And here’s why.

Of course it’s down to age, but this isn’t a blog bemoaning built in obsolescence. The fact is that if you’ve been living with a smart home network for any length of time you’re going to have added smart devices which you no longer use, they may have not been as useful as you expected, you may have bought it on a whim, connected it and forgotten all about it, or, the device may have been lost, got broken, or thrown out.

But just because you never use it, that doesn’t mean that it’s been forgotten though. Your smart hub, assistant or speaker is still waiting to send them an instruction, seeking software updates, and listening out for them. As time passes and the number of redundant or missing devices increases, the more memory is taken up by old unused devices on the registry, so it makes sense that the overall network would work more efficiently if the registry was cleaned up. It also makes good sense from a security point of view as well. If you’re throwing out old bits of IOT tech but leaving them tethered to your smart home network, or putting them in the shed until the day you finally get round to having a proper clear-out you could be compromising your data and home security.

The great thing about this little bit of housekeeping is that it is so simple.

Select the device which you want to remove, choose ‘Settings’ and ‘Remove device’. If that’s not possible, it may be that the device is a “Works With Google” device, in which case you need to unlink it instead. Tap the device name, choose ‘Unlink’ and confirm your choice.

Open the Alexa app and choose ‘Devices’ then choose the device or devices which you want to remove and tap ‘Trash’, then go to the manufacturer’s app and remove that as well. that’s it.

A new handy tool has been added to the Google Assistant kit which allows you to remove any and all devices which haven’t been used for at least three months. It’s not available to everyone yet, but to see if you have it go to the Google Home app, tap your profile pic, and go to ‘Assistant settings’. Now choose ‘Devices’ to see what is on your current device registry. If you’ve got it already, you’ll find ‘Remove unused devices’ at the bottom of the list. Tap it and then confirm and that’s all you need to do! An added bonus of the feature is that when it removes the device from the registry, Google resets their factory defaults too, so you can throw them out, give them away, sell them on eBay or give them to charity without the worry that they will have your personalisations still on them.

If you’ve added and subsequently got rid of a lot of devices, but haven’t removed them from the registry you may see an appreciable difference in speed, if you’ve only added a few and you’re still using most of them then you probably won’t notice your home assistant being that much quicker, but the fact that it’s working efficiently and you’ve done your housekeeping regarding data and home security (if you’re using smart locks, doorbells, smart CCTV or smart burglar alarms) should bring a warm glow to your heart.