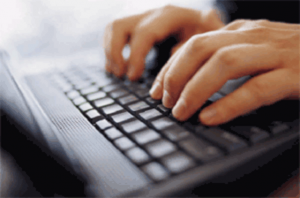 Just as with any industry, we internet service providers are prone to using jargon which we understand perfectly, but most of our customers wouldn’t. So if you find yourself staring blankly while people talk about their ISPs, Mbps, and FTTPs this glossary should help you make sense of what is going on, and also help you make better, more informed decisions the next time you’re shopping for a new internet data package.

Broadband: It may seem obvious, or it may not, but broadband just means a lot of data which is always available. You may remember when we used to have to use dial-up modems to access the internet. It was painfully slow and inconvenient since it would mean that the phone line was tied up the entire time you were on the net. Broadband means being able to instantly access the internet without interruption or inconvenience.

Cookies: By now everyone’s heard of cookies, but many still don’t know what they are or what they do. Cookies are little bits of data which you load onto your computer when you visit a site. They can handle a number of different processes which you’d find annoying if they didn’t. Cookies help websites remember who you are, so, for example, if you use Facebook from the same computer you don’t have to log in again every time you visit. Cookies also keep a record of things you’ve shopped for, which is why you’ll often keep seeing adverts for things you may have already purchased.

Download limits: If you don’t have unlimited broadband you’ll find that either you’re always running out of data before the end of the month, or you’re paying more for your broadband than any of your friends. Download limits mean that you’re not able to get as much out of the internet as you would like as they prevent you from buying albums, watching movies or using social media. Unlimited data means the exact opposite. If you’re a Briant Broadband customer you’ll never run out of data, and if you find that the data package you have with us is too slow, we can easily and quickly tailor your package to suit you better.

Fair Use Policy: If you choose to use unlimited data with many ISPs you’ll often see a ‘fair use policy’ included in the contract. What this usually means is that the ISP can promise unlimited data in the deal, but if you’re a really high data user, if you have a family of movie buffs who play online games, use a plethora of smart devices and play a lot of music on Spotify you could well find that you’ve breached the ‘fair use policy’ and you don’t in fact get all the data or speeds you were expecting. It doesn’t seem very fair to promise unlimited data, only to throttle it for the highest users, and that’s why Briant Broadband doesn’t have contracts or fair use policies.

Fibre, fibre optic: Data can be delivered faster and in much larger volumes via fibre optic cable than it can via wireless or traditional copper cables. It’s much more reliable too as the weather, building works and tree branches can’t interrupt it. The fibre itself is a very fine thread of glass which is in an armoured sleeve which is installed just like any other underground cable, usually using the cabling infrastructure which already exists.

IP Address: IP address stands for Internet Protocol Address and it’s a line of data which identifies which computer is which, much like the license plate on a car.

ISP: ISP stands for Internet Service Provider. It simply means the company you buy your data from. So Briant Broadband is an ISP. We’re also a WISP which stands for Wireless Internet Service Provider. That means that as well as supplying data via underground cabling, we also send out a signal from our rooftop based transmitters which can be received by receivers which we install on your property, usually on an existing aerial mast on the roof.

Mbps: Megabits per second, or sometimes just Mb refers to the speed at which data can be transferred. Briant Wireless broadband can go to speeds of up to 200Mbps while our Fibre Broadband can go up to 900Mbps.

MB or Megabytes: It’s easy to get this mixed up with Mb or megabits, but what MB megabytes refers to is the actual size of a file, move, or record you want to move from one place to another. If you’re still with an ISP who has a data limit you’ll find that you run out of data before the end of the month if you try to upload or download larger items. Briant Broadband doesn’t have any limits to the amount of data you can use, our packages depend solely on the speed that we can transfer the data from the internet into your computer.

Mobile broadband: Mobile broadband is the 3g 4g or now 5g signal (each ‘g’ standing for the generation of GSM (Global System for Mobile)) which is distributed by mobile phone transmitter masts throughout the world. Wireless broadband is different as it works on a different frequency, meaning ISPs are able to deliver much greater volumes of data to their customers thanks to the much more powerful transmitters and receivers that they use. Mobile broadband is also much more expensive for you as a customer, that’s why it’s always wise to switch from mobile data to your unlimited broadband via Wi-Fi when you’re at home.

Phone rental, line rental: Many ISPs advertise amazing monthly fees but stipulate that you also need to pay line rental, ie to have a phone line installed for which you need to pay an additional fee which can as much as double the fee which you originally saw advertised. If you have to change phone carrier when you change your ISP that can also mean the further expense of changing your phone number over from one supplier to another. Since almost everyone in the country has a mobile phone the chances of either wanting or needing a land line phone are very small, which is why Briant Broadband doesn’t have a line rental clause. But of you do want a VoIP phone number which offers free calls to other VoIP, mobile and standard rate landline numbers, we’ll just charge an extra £9.99 per month.

Streaming, streaming service: If you want to watch a movie immediately you’re going to want to stream it. Streaming means that instead of downloading the entire film and then watching it, you can start to watch it as soon as the first few moments have loaded. Because the film downloads as fast or faster than it can be watched you shouldn’t ever catch up with the download. This means that you get access to the movie quicker, while also saving space on your computer’s internal memory since it doesn’t keep the data as a completed download (unless you want it to). A streaming service is a platform or website where you pay a subscription to be able to access all the latest movies, TV series, classic films and music all in one place.

Throttling / Traffic Management: In order to ensure that all customers receive a consistent service some ISPs will use throttling or traffic management. Traffic management means adjusting upload and download speeds the customer receives, especially at busy times of day. Throttling means making everyone run a little bit slower in order to ensure there is enough data available to everyone. Briant Broadband never throttle. If we find there are significantly high periods of demand, we simply provide more data, prioritising speed and customer satisfaction over inconvenience or poor service.

Upload and Download speeds: These are the speeds at which we can transfer data from the internet to your computer in a particular direction. So download speeds are generally higher as it’s more likely that you’re going to want to watch movies and music, see pictures and even download adverts (because the quicker the appear on your screen the quicker you can scroll past and you can get on with looking the content you want to see). Upload speeds are the speeds at which your ISP sends your comments, photos and videos up Facebook, Instagram, TikTok et cetera. You may notice that uploading is marginally slower than downloading, especially at busy times, but if you notice a significant slowing then get in touch and we’ll see if there’s anything we can do to speed up your service.

VoIP: Voice over Internet Protocol is a way of using the internet to make free or cheap local, national and international calls to landlines, other VoIP phones, and mobiles.

VPN: Virtual Private Networks use a system which conceals your IP address and geographical location from potential harm by making it impossible to identify where you are. Instead of directing your presence on the internet directly to public servers. Instead you’re connected to a VPN server which will randomly select another server to connect to. The VPN knows where you are, but the server it connects to doesn’t get that data. To be really secure a VPN host will bounce you between a couple of VPN servers before connecting to a public server, meaning your details are effectively untraceable. The advantages are that it’s almost impossible to hack you if there’s no way of knowing who or where you are, and if you select a foreign VPN server you can appear as a resident of that country, so if you want to watch all the latest US shows as soon as they are available anywhere, this is the thing for you.

Wireless Data: Wireless data is the broadband we send from our transmitters to our customers’ receivers. Wireless means simply having to install a receiver, there’s no drilling, digging or closing off your street as cables are dragged through conduits up to your home.

Wi-Fi: Not to be confused with wireless data, Wi-Fi is the wireless signal which is transmitted around your house by your router. Your computer, phone or smart devices will all be logged into your Wi-Fi router in order to send and receive data to and from the internet. The Wi-Fi router can receive broadband either wirelessly via the receiver from the ISP’s transmitter, or through FTTP network infrastructure.